Tuesday, 14 April 2020
0
REM
With the resilience of British food systems being pushed to the limits by the coronavirus pandemic, Low Carbon Farming, the company behind two world-first, wastewater-heated greenhouses under construction in East Anglia, has unveiled its plans for a nationwide roll-out of sustainable infrastructure that could change the face of British horticulture. 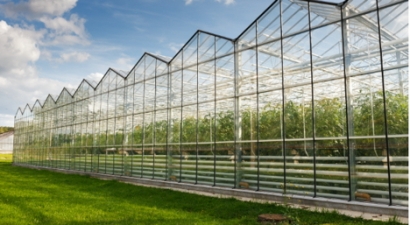 Buoyed by the UK’s commitment to achieve net zero emissions by 2050 and the impending release of the government’s clean heat strategy, the company has identified potential sites for a further 41 giant, low carbon greenhouses.

Collectively, the sites could create over 8000 new jobs, invest £2.67 billion into regional economies and increase the UK’s clean heat output by almost 3 TWh per annum.

The plan represents a significant advance for national food resilience, capable of seeing the UK become self-sufficient in tomatoes and cucumbers, while removing the food miles associated with importing such produce.  In practice, growing capacity is likely to be allocated to a wider range of produce, including peppers and flowers.

Andy Allen, a director at low carbon farming, said,  “Our East Anglian projects provide British farming with a bankable template for the nationwide roll-out of transformative, renewable heat solutions. Having secured the financing and proven the business model, and with the case for secure and sustainable British produce having been thrown into such sharp focus, it’s time to plan for the next stage.”

Anglian Water is working with Low Carbon Farming on the first projects to supply the waste heat and in doing so solve the environmental challenges associated with heating local water courses.

David Riley, head of carbon neutrality at Anglian Water, said,  “These projects are helping us fulfill our environmental obligations and represent the kind of innovative approach to sustainability we are embracing right across our business in our own challenge to become zero carbon by 2030.  Finding alternative sustainable uses for land close to water recycling centers which also make use of excess energy makes sense for UK businesses.”

Baroness Natalie Bennett of Manor Castle, former leader of the Green Party and a long-time advocate of sustainable farming practice, commented, “We need a proper food strategy in England (Wales and Scotland already have more or less decent  ones).  Our diets are deeply unhealthy and our farmers often face an unnecessary trade-off between the commercial and the environmental.

“British farming must increase its production of fruit and vegetables many times over but in a manner compatible with our net zero commitment. That’s why this waste-based innovation is so exciting: it smashes both boxes and establishes a highly replicable template for policy-makers to build upon.”