Tuesday, 09 May 2017
0
Dan McCue
For the second time, advisors to President Donald Trump have postponed a meeting to discuss whether the United States will withdraw from the 2015 Paris climate agreement. 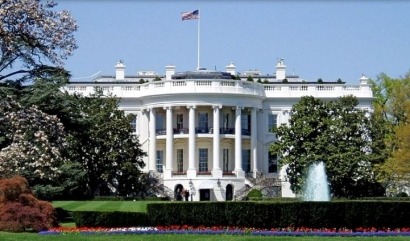 The meeting was scheduled to be held Tuesday afternoon. The White House did not explain why the meeting was cancelled, but did say it would be rescheduled.

Trump, who has repeatedly expressed skepticism about climate change and human factors contributing to it, vowed during his presidential campaign to either renegotiate the accord or potentially walk away from it.

However, since assuming office in January, Trump hasn't been so equivocal, and while he's placed climate science and renewable energy  foes in charge of agencies focusing on those areas, there are also voices within the White House, including the president's daughter, Ivanka, that reportedly are much more supportive of staying part of the landmark climate deal.

Another is Secretary of State Rex Tillerson, the former chief executive of the oil company Exxon, who said in January that he supports staying in the deal.

The Paris climate agreement was signed by nearly 200 nations in 2015. It requires signatories to reduce their carbon emissions in the coming decade. Former President Barack Obama embraced the accord, but the United States' participation was never ratified by the Republican-controlled U.S. Senate.

As a result, it falls outside of being a binding treaty, meaning the U.S. could walked away from the deal without facing legal repercussions.

In related news, former President Obama defended the Paris agreement on Tuesday and said the United States must show leadership on the issue of climate change.

Speaking at the Seeds & Chips summit in Milan, Italy, Obama said, ""During the course of my presidency, I made climate change a top priority because I believe that of all the challenges that we face, this is the one that will define the contours of this century, more dramatically perhaps than any other.

"We have been able to bring our emissions down even as we grow our economy. The same is true in many parts of Europe," he said.