Thursday, 26 September 2019
0
REM
The recipients of the 2019 United Nations Global Climate Action Awards were announced today (September 26), helping to shine a light on some of the most practical examples of what people across the globe are doing to combat climate change. 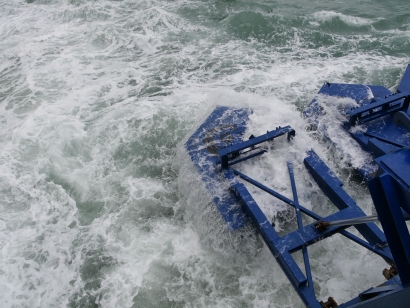 The announcement of the award winners comes shortly after the UN Climate Summit in New York, convened by UN Secretary-General António Guterres, and in parallel with Climate Week NYC.

Today’s announcement is part of the wider effort to mobilize action and ambition as national governments work toward implementing the Paris Climate Change Agreement and the Sustainable Development Goals.

“Announced against the backdrop of nations signaling their renewed determination to meet the goals of the Paris Agreement, these awards shine a light on 15 incredible examples of scalable climate action around the world,” added Svenningsen.

The UN Global Climate Action Awards are spearheaded by the Momentum for Change initiative at UN Climate Change. The projects are recognized as innovative solutions that not only address climate change, but also help drive forward progress on many other sustainable development goals, for example, innovation, gender equality and economic opportunity.

The 2019 awards were selected by an international Advisory Panel as part of UN Climate Change’s Momentum for Change initiative, which is implemented with the support of The Rockefeller Foundation, and operates in partnership with the World Economic Forum, donors supporting the implementation of the UN Climate Change's Gender Action Plan and Climate Neutral Now.

“This year, we had over 670 applications from all over the world ranging from local governments, global companies, grassroots development initiatives and multi-million dollar impact investment projects,” said Gabrielle Ginér, Chair of the Momentum for Change Advisory Panel. “This year’s winning activities are amazing examples of innovative, scalable, and replicable climate action. We hope they will inspire others as we look to tackle one of society’s biggest challenges.”

The 15 award-winning projects fall within four focus areas: Planetary Health,Climate Neutral Now,Women for Results, and Financing for Climate Friendly Investment. All activities will be showcased at a series of special events during the second week of the UN Climate Change Conference (COP25) in Santiago, Chile (2-13 December 2019).