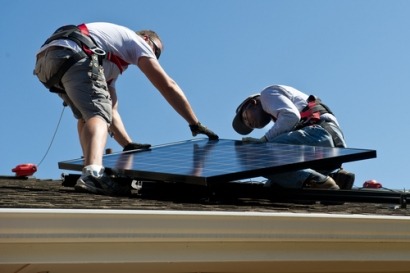 A senior energy consultant from global research and consultancy firm GlobalData is advising energy consumers to invest in solar PV now or face escalating energy bills throughout the rest of the year.

European gas prices are expected to rise by 10% in 2013 and are causing widespread concern throughout Europe given the inability of gas markets to shake themselves free of indexation to oil. This is largely due to oil-indexed import contracts from Russia, Norway and North Africa the consultancy explained.

“Twenty-thirteen looks pretty grim for both energy consumers and utilities,” said Jonathan Lane, Head of Consulting for Power and Utilities at GlobalData. “Prices are sure to rise again for energy consumers, as both renewable subsidies and higher oil prices push electricity and gas prices higher across the continent. Renewable subsidies represent a cost and an opportunity for domestic energy consumers. Those that can fund the installation of solar PV, or borrow the money to do so, should invest. Those that can’t will have to pay.”

The UK and Italy are particularly susceptible to price rises with electricity prices in Italy rising as a consequence of a steadily growing oil price which will feed through to the gas market. Consequently Mr Lane believes that the country should make a large scale shift in focus to solar power generation. This would release Italy from the stranglehold of gas with substantial benefits for the whole country.

“Now is the time to invest in Italian solar” Mr Lane continued. “Utilities should be engaging with customers to fit and manage the panels alongside supply contracts. Indeed, it is possible that solar PV starts to lower electricity prices in Italy post-2014.”

GlobalData is expecting European governments to come under greater pressure to enlarge their safety nets for those affected by fuel poverty given that increasing numbers of households will face having to pay increasingly unaffordable energy prices. Energy prices will grow in importance as a political issue and utilities will face increased accusations of profiteering at consumers expense.

“A move to energy services, where utilities make money saving energy rather than selling energy, is the key transition that utilities need to make this year” says Lane.