Tuesday, 19 December 2017
0
Dan McCue
BP  is investing $200 million in solar energy company, Lightsource, over three years, for a 43 percent stake in the business. 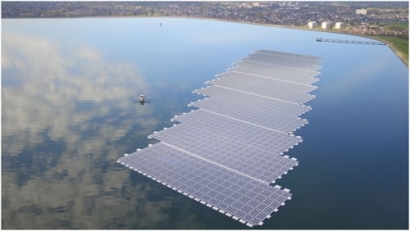 The majority of this investment will fund Lightsource’s worldwide growth pipeline. The company will be renamed Lightsource BP and BP will have two seats on the board of directors.

Global installed solar generating capacity more than tripled in the past four years and grew by over 30% in 2016 alone, according to BP’s Statistical Review of World Energy. BP’s Energy Outlook analysis sees solar as likely to generate around a third of the world’s total renewable power and up to 10% of total global power by 2035.

The head of BP’s Alternative Energy business, Dev Sanyal, said, “We see Lightsource as a strategic partner with a similar vision and, with the benefits of BP’s global scale and relationships, we together plan to build the global market leader for solar.”

Nick Boyle, Group CEO and founder of Lightsource, said: “Not only does this partnership make strategic sense, but our combined forces will be part of accelerating the low-carbon transition. Solar power is the fastest growing source of new energy and we are excited to be at the forefront of this development.”

Lightsource has commissioned 1.3 GW of solar capacity to date and manages approximately 2GW of capacity under long-term operations and maintenance contracts - the equivalent of powering over half a million homes through clean energy.

In October of this year, Lightsource and UK Climate Investments, part of the Green Investment Group within Macquarie Infrastructure and Real Assets, entered into a partnership platform to fund the development, acquisition and ownership of large scale solar power generation assets in India.

BP’s interest in Lightsource BP will complement its existing Alternative Energy business, which includes wind energy, biofuels and biopower. Lightsource BP will target the growing demand for large-scale solar projects worldwide with a focus on grid-connected plants and corporate power purchase agreements (PPAs) signed with private companies. The company will continue to develop and deliver Lightsource’s 6GW growth pipeline, which is largely focused in the US, India, Europe and the Middle East.

Bob Dudley, BP group chief executive concluded, “BP has been committed to advancing lower-carbon energy for over 20 years and we’re excited to be coming back to solar, but in a new and very different way. Lightsource’s expertise and experience with BP’s relationships and resources will propel this innovative business to even more rapid growth.”