Wednesday, 09 October 2013
0
Robin Whitlock
The two plants are part of a portfolio that the company has agreed to build and sell to TransCanada 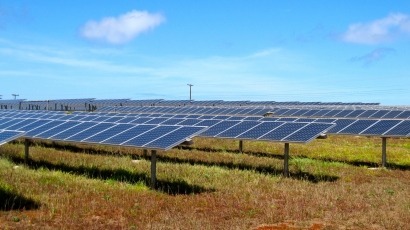 Canadian Solar subsidiary Canadian Solar Solutions Inc has completed the sale of two solar power plants, Brockville 2 and Burritts Rapids, to TransCanada Corporation. The two plants have a total capacity of 16MW and are valued at over C$95 million (US$92.2 million). The sale was completed on September 30th 2013.

The Brockville 2 solar power plant has a capacity of 9MW and is located in the city of Brockville in Eastern Ontario while the 7MW Burritts Rapids plant is situated in Ottawa. The two plants are part of the nine solar plant portfolio that Canadian Solar Solutions has agreed to build and sell to TransCanada for approximately C$470 million and the transaction follows the closing of the sale of Brockville 1 to TransCanada in June 2013.