Monday, 14 December 2020
0
REM
The Government of St. Kitts and Nevis, the state-owned St. Kitts Electric Company and Leclanché SA have broken ground on a landmark solar generation and storage project that will provide between 30-35% of St. Kitts baseload energy needs for the next 20-25 years while reducing carbon dioxide emissions by more than 740,000 metric tons. 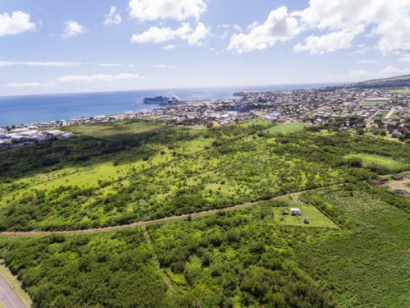 The $70 million microgrid project is being built by Leclanché, one of the world’s leading energy storage companies, which will serve as the prime engineering, procurement and construction contractor. Leclanché will provide a turnkey solar plus storage solution together with its main subcontractor Grupotec, headquartered in Valencia, Spain, an experienced engineering and construction firm and leader in the photovoltaic energy sector. Leclanché will own and operate the facility under its strategic build, own and operate model through its SOLEC Power subsidiary with partner Solrid.

Upon completion, the St. Kitts project will be the largest solar generation and energy storage system in the Caribbean and a model for other island nations worldwide. In its first year of operation, the system will generate approximately 61,300 MWh of electricity with a 41,500 metric ton reduction of CO2 emissions.

The project is being built in St. Kitts’ Basseterre Valley on a 102-acre plot of government-owned land adjacent to the current SKELEC power station and next to the thriving capital city of Basseterre, the heart of the country’s economic region.

The land, which was once used for sugar cane production but has been idle for years, was leased to Leclanché by the Government of St. Kitts and Nevis under a 20-year agreement with an automatic five-year renewal. Environmental Impact Assessment and geotechnical analysis were successfully completed in 2019, demonstrating the renewable energy project will bring a positive impact to the Basseterre Valley.

Anil Srivastava, CEO, Leclanché, said, “Together, we have designed a system whose construction and ongoing energy production will be paid for over time from the sale of clean and reliable solar energy. We are pleased to have accomplished both objectives while developing a project financeable by well-established institutional investors.”

Clean, renewable energy produced from the solar + storage project will be sold to SKELEC under a 20-year power purchase agreement at flat rate over that entire period which is designed to provide a significant long-term savings to the projected diesel generation costs.

How the Solar Generation and Storage System Works

Currently, tankers deliver diesel fuel to St. Kitts on a weekly basis, and the fuel is then burned in generators to produce all the nation’s electricity. This expensive process contributes to local pollution and global warming (each gallon of diesel generates 22 pounds of CO2 when burned). The solar and storage project should reduce diesel use by 30-35%, saving money and the environment.

The solar panels collect sunlight that is converted into electricity. The solar project on St. Kitts will be oversized, allowing a portion of that electricity to meet current electric demand on the island, and the remainder to charge the large-scale battery storage system to meet island demand after the sun sets. The battery system will also improve grid stability and serve as a back-up in case one of the diesel generators fails.

The batteries will be housed in 14 custom-designed enclosures near the main SKELEC power station and adjacent to the solar field. Additional equipment such as inverters, transformers and protection devices will ensure that the electricity from the new project is reliable and safe.

Leclanché’s energy management system software integrates all the different components of the system and coordinates the delivery of electricity to the grid according to SKELEC’s requirements. Once completed in the first half of 2022, the solar and storage system will replace over four million gallons of diesel per year, and the battery system will enable the remaining diesel generators to operate more efficiently.

Photo: Aerial drone view of Basseterre Valley on St. Kitts where Leclanché’s solar generation and energy storage system is being built. The project is being built on a 102-acre plot of government-owned land adjacent to the current SKELEC power station and next to the thriving capital city of Basseterre, the heart of the country’s economic region.