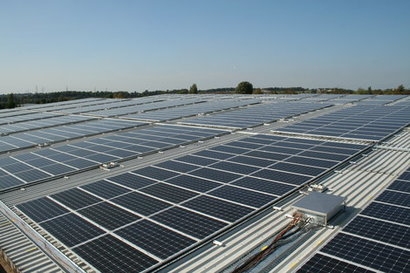 The initiative was launched with the support of EU Energy Commissioner Kadri Simson and EU Internal Market Commissioner Thierry Breton and aims to re-develop a strong PV manufacturing industry in Europe across the entire value chain from raw materials to recycling, which will capture the additional 20 GW of annual solar demand forecasted in Europe for the next decade. This will generate 40 billion euros of GDP annually and create 400,000 new direct and indirect jobs across the PV value chain.

“As the lowest-cost and most job-intensive renewable technology, solar is poised to deliver the goals of the European Green Deal and Green Recovery” said Walburga Hemetsberger, CEO of SolarPower Europe. “The momentum is building to scale up manufacturing activities in the EU, based on the strong domestic market uptake confirmed in 2020 despite the COVID-19 pandemic and the sustained technological leadership of European companies. Following the successful launch of the Solar Manufacturing Accelerator in May 2020, today we are delighted to further boost the solar industry, with EIT InnoEnergy, by launching the European Solar Initiative.”

Diego Pavia, CEO of EIT InnoEnergy, added that enabling strategic value chains which accelerate the energy transition is at the core of EIT InnoEnergy’s mission and that the ESI for the PV industry would be the company’s third, after batteries (EBA) and hydrogen (EGHAC).

“The mix of National Energy and Climate plan demand, low cost of capital, notable successes in European technology development and a return of investment into the sector has created fertile ground for a rebirth of European PV” said Mr Pavia. “Europe has learnt from its previous experiences and with the Green Deal’s powerful, unambiguous political and business framework in place, scale and speed are going to be the key to unlocking PV’s potential.”

The ESI combines the thriving ecosystem of PV players created over the years by SolarPower Europe and the successful blueprint of the European Battery Alliance, led by EIT InnoEnergy, with its Business Investment Platform (BIP). Designed to bridge the gap between business cases, investors, off takers, delivery resources, the BIP shortens time to investment, de-risks, accelerates and boosts the robustness of the investment cases in all required dimensions (technology, team, supply chain, environmental sustainability, off-takers).