Monday, 27 June 2022
0
REM
Prospex Energy, an investment company focused on European gas and power projects has announced that the first of two projects in solar generation diversification at the El Romeral power plant in southern Spain has commenced.  The company holds a 49.9% working interest in El Romeral through its interest in Tarba Energía S.L. The remaining 50.1% working interest is owned by Warrego Energy Limited. 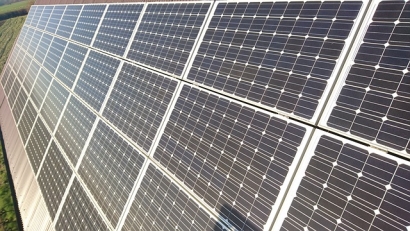 Image by Michael Yeoman from Pixabay

Installation work to place solar panels on the roof of the power plant ('Project Apollo') was approved by Tarba earlier this month and is expected to be completed by the end of July.  Project Helios, the second solar generation project, involves the installation of photo-voltaic panels on land adjacent to the plant.  Front-end engineering and design ('FEED') studies for Project Helios were approved by Tarba earlier this year and have now commenced.

El Romeral continues to provide a very healthy income from selling electricity on the spot market in Spain.  Following the gas price cap instituted by the Spanish government as of mid-June, daily electricity prices are expected to average €150/MWhr for the coming 12 months.  The El Romeral power plant is now operating 24 hours a day seven days a week as its default operating mode, thereby optimising revenue.

Mark Routh, Prospex's CEO, commented,"We identified the opportunity for solar co-generation last year, so it is extremely satisfying to be proceeding with these two projects which increase the sale of electricity and boost the ESG credentials of Tarba and its owners, both Prospex and Warrego."

"The installation of solar panels on the roof of the El Romeral power plant is a very fast and cost-effective way to increase our income at the plant whilst we await the approvals to drill further wells on the El Romeral production concessions.

"The installation of a solar farm adjacent to the plant will take longer and will be of greater scale but indications are that it will be value accretive and will enjoy short payback, made easier because of the existing grid connection and ample export capacity at El Romeral.

"Since the gas available from the producing wells on the El Romeral concessions allows just one of the three generators to be active at a time, the plant is at just 30% of capacity.  Receiving the permits to drill just two of the many identified structures on the existing concessions can take the capacity of the plant back to 100% of its design capacity."