Monday, 21 February 2022
0
Robin Whitlock
Despite the pandemic, Ingeteam ended 2021 having supplied 4,229 MW to the solar and energy storage global markets, the best record in the company’s history, and signing 1.5 GW of operation and maintenance contracts for the solar PV sector. 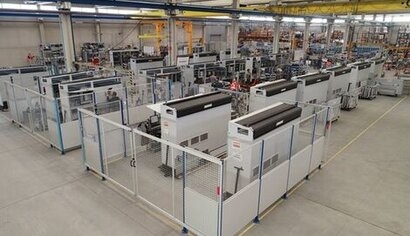 Ingeteam also grew its business in the key markets of Spain, Australia, USA, Brazil, Chile and Colombia, with overall products supplied to 23 countries in all five continents.

In 2021 Ingeteam supplied its PV inverters to 11 plants with a rated capacity of 100 MW or over, including Francisco Pizarro, Euope’s largest PV plant (590 MWp).

“We expect to consolidate our position in the markets in which we are most active and well-established, yet without losing sight of any new opportunities that may arise in other countries with good growth prospects” said José Luis González, Sales Director of the Ingeteam Solar Photovoltaic Area.”

Energy storage is also a key sector for Ingeteam, in which the company has positioned itself for considerable development in the short and medium term, both at residential level and at large scale. Last year, Ingeteam supplied and was awarded contracts for a total of more than 400 MW/1,000 MWh in countries such as the United States, Spain, Australia, Chile and UK.

Ingeteam has also achieved a new annual record for maintained power, exceeding 18.5 GW of renewable power across the globe, of which 9.5 GW corresponds to solar power in more than 570 PV plants.