Friday, 08 May 2020
0
REM
Innergex Renewable Energy Inc. has closed on a construction financing, tax equity commitment, as well as a seven-year term loan facility for the 200 MW Hillcrest solar photovoltaic project located in Brown County, Ohio. In aggregate, the $191.8 million (CAN$270.9 million) financing was led by CIT’s Power and Energy group and includes MUFG and Mizuho, as well as Wells Fargo as the tax equity investor. 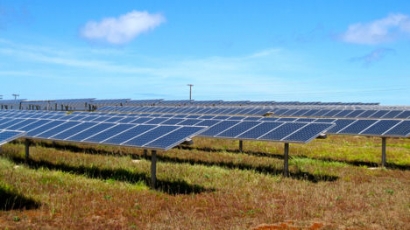 “Securing Hillcrest’s financing is an important step forward, and we are very pleased with the terms of the agreement we have reached,” said Michel Letellier, president and chief executive officer of Innergex. “This agreement confirms Innergex's strong ability to raise significant funds even during the harshest economic environment seen in decades. We appreciate the support and trust demonstrated by our lenders and our tax equity partner throughout this process. The construction of Hillcrest began earlier this year and is progressing well. We have contingency plans and measures in place to address any problems that may arise due to the current pandemic, and unless a decree is issued to halt construction, Hillcrest should come online by the end of the year.”

“We are very pleased to again support Innergex as it continues to expand its portfolio of renewable energy projects,” said Mike Lorusso, managing director and group head for CIT’s Power and Energy business. “Innergex is making major strides in advancing the growth of renewable power and CIT is proud to play a role in facilitating that growth.”

The project should receive a federal Investment Tax Credit (ITC) sized to approximately 30% of the project’s eligible value. Hillcrest is expected to produce a gross estimated long-term average of 413.3 GWh and a $10.7 million (CAN$15.1 million) projected adjusted EBITDA on average for the first five years of operation.

A power purchase agreement was signed last November with an investment grade rated US corporation for Hillcrest’s electricity production, which will be effective when the facility reaches its commercial operation. Innergex is required not to disclose the terms and conditions of the agreement until the other party has made public the information.