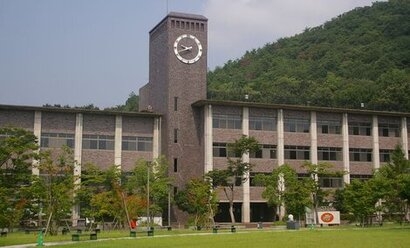 Efforts to improve the performance of solar cells have led to the use of piezoelectric semiconducting materials as n-type (electron-rich) window layer materials. By combining with p-type (electron-deficient) optical absorbers, the bandgap at the p-n junction (interface) can be optimised for improved photovoltaic performance by applying compressive strain on the device. In a new study, researchers from Ritsumeikan University, Japan, are now developing such a device that is highly responsive to indoor room light illumination.

In 2010, a research team led by Professor Zhong Lin Wang at Georgia Institute of Technology, USA, showed that the use of piezoelectric materials (materials that generate electrical energy on applying mechanical strain) could improve the performance of optoelectronic devices – devices that convert light into electricity (e.g. solar cells) or electricity into light (e.g. light-emitting diodes or LEDs).

Using piezoelectric zinc oxide (ZnO) nanowires, the research team was able to tune the bandgap of ZnO and optimize the electrical properties of the nanowires by simultaneously bending the wire and exposing it to a laser source. Their results paved the way for developing new kinds of self-powered flexible electronic devices whose properties can be controlled by piezoelectric and photoelectric effects.

Against this backdrop, in a new study, researchers from Ritsumeikan University, Japan, have now developed a novel thin-film flexible piezoelectric-photovoltaic device that can generate electricity simply from indoor lighting produced by LEDs and compact fluorescent lamps. The device, which is paper-thin and just 10 mm long, was made by depositing thin films of ZnMgO, an electron-rich n-type piezoelectric material, and selenium (Se), a low cost, electron-deficient p-type material that can efficiently absorb indoor room light, on a flexible PET plastic film. By using ZnMgO as the piezoelectric material, the researchers managed to fabricate the photovoltaic device using an entirely dry process, avoiding the need for chemical solutions.

“In this work, the piezo-phototronic effect was applied to ZnMgO/Se heterojunction photovoltaic devices for the first time” said Professor Taizo Kobayashi, the corresponding author of the study. This paper was made available online on 18 May 2022 and published in Volume 99 of the journal Nano Energy in August 2022.

The two semiconducting materials when joined together created a p-n junction at the interface whose electronic band structure could be controlled by bending the device.

“When compressive strain is applied on the ZnMgO layer, a negatively polarised ZnMgO region is formed near the Se layer. This polarization decreases the conduction band offset at the interface of ZnMgO and Se layers” added Proffessor Kobayashi.

By optimising the bandgap at the p-n junction, the researchers were able to overcome one of the main causes of poor performance in solar cells: charge recombination. In this process, the electrons excited by light recombine with the “holes” (vacancies left behind by electrons), resulting in a loss of charge carriers that would otherwise produce electricity. By inducing strain-induced polarisation in the ZnMgO layer, the researchers managed to increase the open-circuit voltage (a measure of the useful charge carriers generated) from 0.59 V to 0.75 V.

However, bending the device also caused cracks to form in the electrode layer, resulting in a drop in the current density and its capability to convert light into electricity. Nevertheless, the researchers are confident that the problem can be solved using more robust materials, such as graphene.

“In the future, we will develop alternative transparent conducting electrodes that would be more durable against strain” said Prof. Kobayashi. “For now, the fact that our paper was accepted by a journal as prestigious as Nano Energy provides a great opportunity for us to promote our research.”

With their dedicated efforts, piezophototronics could become the technology for future thin-film solar cells.