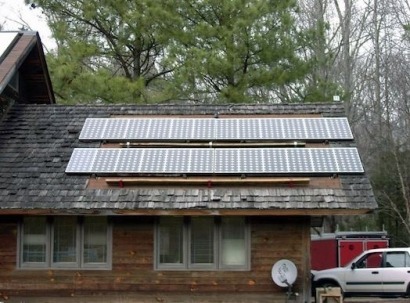 As a result of the settlement, SCE&G anticipates adding at least 84.5 MW of new solar capacity in South Carolina by 2021.

Provisions included in the settlement agreement will help SCE&G achieve at least 2 percent of its peak load from solar by 2021, creating the opportunity for the utility to pursue further investments for additional solar capacity.

The South Carolina Coastal Conservation League and the Southern Alliance for Clean Energy, represented by the Southern Environmental Law Center, signed a settlement agreement with SCE&G and other intervening parties regarding the utility’s Distributed Energy Resource (DER) programs designed to spur investments in residential and commercial solar.

“The Office of Regulatory Staff and all groups at the table should be commended for this instrumental step toward realizing our state’s true solar potential,” said Blan Holman from the Southern Environmental Law Center. “We applaud SCE&G for proposing these incentive programs, which will continue to encourage investments in clean, locally-produced energy.”

Under the agreement, SCE&G’s proposed programs include performance-based credits for solar energy generated by residential, commercial, and tax exempt customers.  The programs will also allow customers who may not have the ability to install individual solar systems (such as residents in an apartment complex) to receive power from a shared solar system -- also referred to as community solar--and get credit on their monthly bill from the electricity generated.

“The settlement agreement ensures that SCE&G’s programs will make this renewable energy resource more accessible and affordable for South Carolina families and businesses, and also significantly increases the amount of utility-scale solar power in SCE&G’s territory,” said Toni Nelson from the Southern Alliance for Clean Energy.

SCE&G will also issue a request for proposals (RFP) for large-scale solar projects, soliciting purchase power agreements with 20-year terms.  SCE&G aims to have at least 30 MW of large-scale solar in service by the end of 2016.

“Making it easier for churches, schools, home and business owners to install solar on their own rooftops will provide significant growth in our state’s renewable energy sector,” said Hamilton Davis from the Coastal Conservation League. “We look forward to continuing this collective work with other solar advocates that will build on our state’s milestone successes and increase South Carolinians’ access to affordable solar power.”