Wednesday, 08 January 2020
0
REM
LONGi Solar , the largest producer of monocrystalline silicon wafers has signed an agreement to build a new 20 GW wafer plant in Chuxiong, Yunnan Province, in China, which could be expanded up to 40 GW in the future. The planned investment is $286 million. 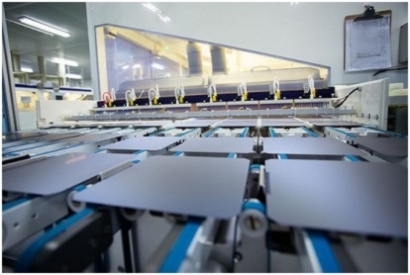 LONGi had recently announced its plans to expand the production capacity of silicon ingots into 2020 and beyond and the new announcement on wafers is in keeping with those plans.

LONGi's energy needs for these new factories will be covered with hydroelectric power. Chuxiong is an important wafer manufacturing center for the company, which already has two 10 GW facilities built in 2016 and 2018.

The steps taken byt the company seem to indicate that LONGi is preparing to bring its wafer production capacity above 100 GW, as there are plans to expand capacity by 65 GW by 2021.