Tuesday, 22 November 2022
3
Robin Whitlock
Global renewable energy company Low Carbon has announced that construction has begun of four solar farms in the Netherlands, which will have a combined installed capacity of 53.1MWp from more than 88,000 solar modules. 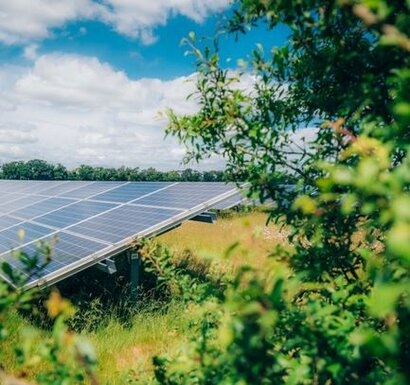 The projects are the first to be financed by the renewable energy investor’s multi-bank debt facility, established in August with NatWest, Lloyds Bank and AIB. In total, the facility is anticipated to create at least 1 GW of new renewable energy capacity, with the potential to provide clean, affordable power to more than 360,000 homes and avoid 308,000 tonnes of CO2e.

The solar farms are the latest instalments in the company’s growing international portfolio, as it scales up in pursuit of its ambition to create 20 GW of new renewable energy capacity by 2030. The biggest of the four largest projects, Ter Apel (26.7 MWp), will be based in the province of Groningen. A solar farm will also be constructed in Overijssel (7.4 MWp) in addition to two projects near Wijk bij Duurstede, in the province of Utrecht (10.3 MWp and 8.7 MWp). All solar farms have been developed by LC Energy, Low Carbon’s joint venture with engineering firm Qing and one of the leading renewables developers in the Netherlands. LC Energy will support the projects through construction and into operation.

To deliver the projects and limit environmental interference, Low Carbon has partnered with the German-based solar specialist BELECTRIC, one of Europe’s leading providers of engineering, procurement and construction (EPC) services for solar farms. Low Carbon and BELECTRIC are united in their considered approach to development. Numerous ecological assessments have taken place to create tailored construction plans for each site.

To protect biodiversity, solar panels at the site will be built above pear trees to form a light and water permeable roof. The purpose of this process, known as agrophotovoltaics, is to maximise the use of agricultural land available for renewable energy projects. The project will also incorporate approximately 1 hectare of solar panels in an innovative research initiative known as SolarEcoPlus. Here a range of different module configurations and orientations will be installed to allow for research into the underlying ecology and biodiversity.

This innovative approach was inspired by researchers from Wageningen University and TNO (Netherlands Organisation for Applied Scientific Research), who will study the effects of solar fields on biodiversity at the Wijkerbroek West site. The objective of this study will be to highlight the viability of such projects and inform future policy development. Early findings suggest that agrophotovoltaic projects support a more diverse plant life and can improve the quality of soil.

“Today’s announcement marks an important milestone for Low Carbon” said Roy Bedlow, Chief Executive and Founder at Low Carbon. “The four large-scale projects will be the first financed by our multi-bank financing facility, enabling 1 GW of new solar capacity. They also are the latest instalment in our growing international portfolio, and further evidence of our ambition to create 20 GW of renewable energy capacity by the end of this decade. We are also honoured that our sites will be hosting pioneering research, ensuring more land can be used for both energy and agricultural purposes. Amid a climate and energy crisis, this is of paramount importance to Low Carbon.”

Add a comment
Kim
Mr Mark Toray will always receive the most sincere and global rating feedback online for being a figure head ensuring full profit earnings on his platform to anyone trading or allowing him run the complete profile. Unfortunately, he’s the best!!! kindly contact Mr Mark Toray to join the winning team. Telegram: @Mark4toray_fx Email: [email protected]
Pedro
I and my household have been blessed through this Expert Forex trader Mr Mark Toray who I came across while searching for top Bitcoin entrepreneurs. He traded for me and also gave me lessons on how to trade with his Forex/Binary trading company where I earned $10,500 in just 7 days, you also want to be bill free? Do well and reach out to him via his Email: [email protected], Telegram: @Mark4toray_fx
Karoline Thompson
My Name is Karoline from the United States, I want to say thank you to Mr Mark Toray for the good thing he has done for me, Though am not sure if this is the best forum to show my joy and happiness for what he has done for me but i can’t hide my happiness and my joy so i have to share it with people. This is unbelievable, at first I never actually built any interest in this Binary/Forex trading of a thing but when I later gave it a try with the Help of this wonderful Expert Trader Mr Mark Toray, it was a successful trade for me. All i did was to invest $1000 into my first trading and to my greatest surprise, I received a huge amount of $12,520 as profit in 7 days of trading... Mr Mark Toray was the trader that made it possible and he is still doing it all for me.. You want to be happy and be free me do well to reach out to her via Email: [email protected], Telegram: @Mark4toray_fx
¡Suscríbete!
storage