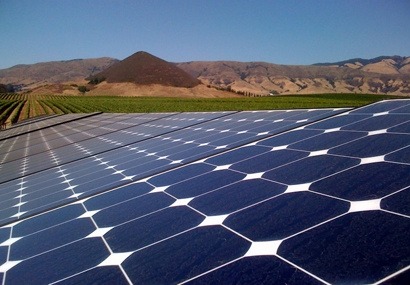 The efficiency of the E20 has been verified by the US Department of Energy’s National Renewable Energy Laboratory and none other than Guinness World Records, who certified SunPower's record at a ceremony in Germany.

According to the Californian company, as well as record-breaking efficiencies, customers will also benefit from two new features offered by the E20 series: positive power tolerance rating, which “ensures that the power generated by each panel meets that panel's rating, or up to five percent more — but not less, as is common in the industry”; and comprehensive inverter compatibility, which offer customers “the flexibility to use the highest performing transformer-less inverters to maximize system output”.

"With the E20 series solar panels, SunPower has once again broken a world record for efficiency," said SunPower CEO Tom Werner. "SunPower consistently delivers the most efficient and reliable solar technology on the market, guaranteed to deliver the greatest return on investment to our customers."

The prototype for the E20 was successfully developed using funds provided by the US Department of Energy (DOE) under its Solar America Initiative, which was awarded to SunPower approximately four years ago. The E20 efficiency rating was confirmed by the DOE's National Renewable Energy Lab.

SunPower's E20 series solar panels will be offered in Europe and Australia this year, with availability extended in North America and Asia in early 2012.

Last month, SunPower's president emeritus and co-founder, Dr. Richard Swanson, was handed the 2011 Karl Boer Solar Energy Medal of Merit, in recognition of the significant contribution he has made to the promotion of solar as an alternative source of energy through research, development or economic enterprise.

Swanson is one of the world's most recognised leaders in the advancement of photovoltaics and a pioneer in commercialising cost-effective PV power systems like those described above. In 1985, he founded SunPower with the goal of commercializing large-scale photovoltaic power plants based on high efficiency silicon solar cells. With a grant from venture capitalists, the Electric Power Research Institute and the U.S. Department of Energy, Swanson and his group developed the silicon concentrator solar cells that continue to hold the efficiency record today. His research also led to the development of new methods of studying the impact of large doping densities in semiconductors, and associated physical theories, that paved the way for optimized doping profiles in solar cells.

"When SunPower was founded 26 years ago, solar was little more than a concept," said Richard Swanson, president emeritus and co-founder. "Today, solar is becoming main stream and it is highly gratifying to be a part of this energy revolution. SunPower has contributed to the phenomenal growth of solar, and I have been fortunate to work with extraordinary engineers to deliver the highest efficiency, most reliable technology on the market today. It is my extreme privilege to receive this award."