Monday, 11 April 2022
0
Robin Whitlock
First Solar, Inc. has announced that one of America’s largest solar and energy storage developers, Origis Energy, with whom First Solar has developed a long-standing relationship over five years, has placed an order for 750 MW of thin film solar PV. 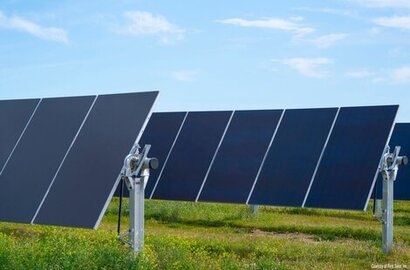 The deal, which was booked prior to the release of First Solar’s Q4 and Full Year 2021 earnings in February, utilises First Solar’s agile contracting approach and Origis will benefit from any advances in technology through 2024, when the Cadmium Telluride (CadTel) thin film modules will be delivered to its projects across the United States.

“This 750 MW solar agreement builds on a long-term alliance between the First Solar and Origis teams” said Samir Verstyn, chief investment officer and operations officer, Origis Energy. “Front and centre is always our commitment to meet customer clean energy goals. This mission has been put to the test by the unprecedented headwinds impacting the solar industry. Such an environment makes it even more important to work with market partners who have consistently delivered. We applaud First Solar’s build out of its domestic PV solar manufacturing capacity. Today’s announcement is an important step forward in fulfilling the renewable energy goals of our utility and corporate customers across America.”

First Solar is investing $680 million in expanding America’s domestic PV solar manufacturing capacity by 3.3 GW annually, by building its third US manufacturing facility, in Lake Township, Ohio. The new facility is expected to be commissioned in the first half of 2023 and when fully operational will scale the company’s Northwest Ohio footprint to a total annual capacity of 6 GW, which is believed to make it the largest fully vertically integrated solar manufacturing complex outside of China. First Solar has invested over $2 billion in its US manufacturing footprint and, when its third factory is fully operational, will directly employ approximately 2,500 people in Ohio, while supporting an estimated 7,000 indirect jobs through its American supply chain.

In addition to its Ohio manufacturing facilities, First Solar also operates factories in Vietnam and Malaysia, and is building a new 3.3 GW factory in India that is expected to be commissioned in the second half of 2023. With First Solar’s expansion in the United States and India and optimisation of its existing fleet, the company anticipates that its nameplate manufacturing capacity will double to 16 GW by 2024.