Monday, 24 May 2021
0
REM
EDF Renewables is planning to develop a 49.9 MW solar farm – Glassthorpe – between the villages of Flore and Upper Heyford, in the UK, which will be capable of generating enough low carbon electricity for the domestic needs of 9,562 households* annually. 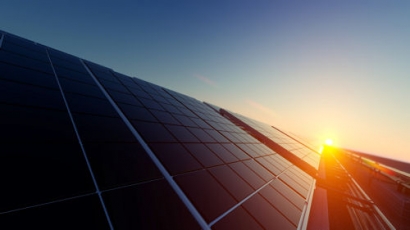 The Glassthorpe development will consist of rows of solar panels mounted on metal frames, between 2-3 m above the ground, contained within an 88-hectare site. Two site entrances are proposed, one in the southwest and another in the southeast of the site. Connection to the grid is planned for 8 km east of site at Northampton West substation.

A number of ecological and feasibility surveys have been carried out and the company is consulting with local people at an early stage about the proposal to get their views ahead of submitting a planning application later this year.

Among growing concern about climate change, the 49.9 MW project at Glassthorpe could contribute to saving around 21,598 tonnes** of carbon dioxide emissions each year. The project will also deliver significant additional local benefits, including a community fund of £10,000 paid annually for the 35-year lifetime of the project.

EDF Renewables’ Head of Development Stephen Walls said, “This is an excellent site for a solar farm, as it’s suitably sunny, with an agreed grid connection, and the area is well screened. EDF Renewables is an experienced developer and we are firmly committed to solar as a technology which will help us accelerate a net zero future where clean energy powers our lives. If we secure planning permission, investments like these will also contribute to the UK’s green economic recovery from COVID – 19. We look forward to hearing the views of local people.”

Existing hedgerows on site will be retained and new ones created as part of EDF Renewables’ plans to improve biodiversity, which include planting trees and new wildflower meadows on once agricultural land.

EDF Renewables is engaging early with the community so  local people have the opportunity to shape the company’s plans for the project. Residents near to the site are being contacted by post and members of the public are encouraged to visit EDF Renewables’ Glassthorpe website for further information, to register for live online events and to provide feedback. The public consultation closes on 5th July 2021 and EDF Renewables intends to submit a planning application to West Northamptonshire Council later this year.

*Based on the average domestic electricity consumption per home (temperature corrected) per the Energy Consumption in the UK (published July 2019, Table C9 of ECUK: Consumption data tables).

** Based on BEIS’s ‘all fossil fuels’ emissions statistic of 450 tonnes of carbon dioxide pre GWh of electricity supplied in the Digest of UK Energy Statistics *published July 2019, p96).