Friday, 10 June 2011
0
Dan McCue
Samsung made news this morning at Intersolar Europe 2011, announcing that it will transfer its solar business from Samsung Electronics to Samsung SDI in order to unify its renewables efforts and create synergies. 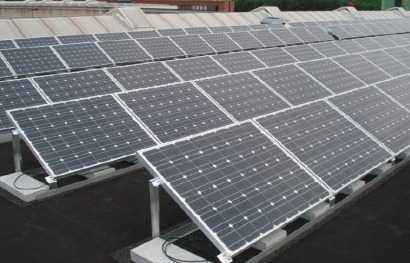 As part of an effort to its solar business, the company said during a press conference in Munich, Germany that it plans to invest $ 5.5 billion in solar technology development and production by 2020.

The expansion in its rechargeable battery and solar module industries enables Samsung to create a new energy business area focusing on energy generation and storage.

The company currently produces 130 MW of monocrystalline and thin film photovoltaic modules. IN plans outlined during the press conference Samsung indicated that its plans to increase this to 300 MW by 2012, one GW by 2013, three GW by 2015 and, finally, ten GW by 2020.

The company stopped short of announcing plans for additional new production facilities to accommodate the capacity expansion, but a spokesperson did indicate that the company will hire hundreds of new employees this year, mostly for its RR&D division.