Friday, 28 March 2014
0
Robin Whitlock
Scatec Solar has signed a 20 year power purchase agreement (PPA) with the Jordanian power company Nepco for a 10 MW solar PV plant to be built close to the city of Ma’an in Southern Jordan 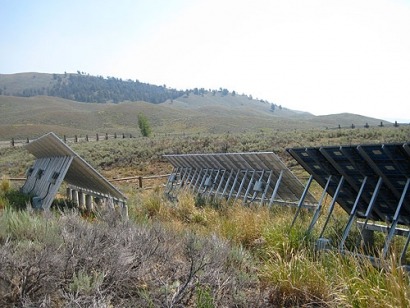 The facility will be Scatec Solar’s first solar project in the region and was selected under the first round of Jordan’s renewable energy programme aimed at reducing the country’s dependence on imported gas supplies and expensive heavy fuel generation. The plant will provide electricity at reduced cost, help to reduce the kingdom’s overall carbon dioxide emissions, increase energy supply independence and stimulate employment and economic activity.

The PV plant is to be located 200 kilometres south of Amman, close to the city of Ma’an on land 1350 meters above sea level, featuring some of the best solar irradiation conditions in the world. It will incorporate crystalline PV modules on a single axis tracker system and the electricity generated will be fed into the national grid under the 20 year PPA signed with the National Electric Power Company (NEPCO).

The PPA will provide renewable electricity at a price well below the cost of Jordan’s current heavy fuel oil generation capacity. The plant should be operational by mid-2015.

“We are very happy to be able to realize our first utility scale PV project in Jordan” said Raymond Carlsen, CEO of Scatec Solar. “At the end of last year, we grid connected the first utility scale solar park in Southern Africa and the 75 MW Kalkbult solar park is currently the largest in Africa. Our objective has been to bring the experience gained in South Africa to other regions in the world with favorable solar conditions. As Jordan has superb conditions for solar energy and strong ambitions to reduce its dependency on fossil fuels, we see this as an excellent fit. Along with our business partners we look forward to further strengthen our cooperation with Jordanian stakeholders and substantially increase our solar investments in the country.”

The solar plant needs an investment of $28 million for development and grid connection. This will be financed through a mix of equity and bank loans. With its local partner, KAN Renewables, Scatec Solar has a number of additional projects in development for the next upcoming phases of the Jordanian renewable energy programme. The company is also developing utility-scale projects in Africa, Asia, Europe, and the USA.