Tuesday, 21 April 2015
0
Robin Whitlock
New research from Mintel has found that as many as 60 percent of UK consumers who do not yet have solar panels installed would consider installing them in the next five years. 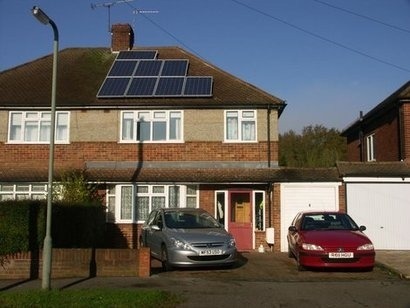 Currently, of UK homeowners who have solar panels on the roof of their home, the vast majority (69 percent) have paid for the panels and installation themselves, while 22 percent have opted for free panels through a ‘rent-a-roof’ scheme. The remaining consumers who would consider installing them would finance them by personally purchasing the panels (23 percent) or by using the government’s Green Deal finance scheme.

For the 40 percent of Brits who would not consider installing them, the main reasons given include a belief that their roof is not suitable (30 percent), concern about replacement or maintenance costs (29 percent) and concern that they will not be in the property long enough to benefit from the financial savings the panels offer (24 percent). Only 15 percent of people are concerned about how solar panels would affect the price of their house, suggesting that this is only a small deterrent, while less than one in ten (8 percent) said they do not spend enough time in their home during daylight hours to benefit from the electricity generated by the panels.

The majority of people (55 percent) have heard of the government’s Feed-in Tariff (FIT) while 50 percent have heard of rent-a-roof schemes, with slightly more people (54 percent) aware of the Green Deal finance scheme.

“Although the market remains in its infancy, demand for solar panels has exploded since 2010 and there continues to be strong growth potential” said Claudia Preedy, Senior Industrial Analyst at Mintel. “The market was originally driven by residential roof-top installations, reflecting the introduction of the FIT scheme in April 2010. However, in 2013 and particularly during 2014, there was a shift in focus from roof-top to large-scale ground mounted installations. These policy changes reflect the current government’s desire to see a shift in solar developments from large scale ground-mounted towards mid-scale building-mounted, commercial and industrial onsite generation and domestic deployment.”

Ms Preedy added that despite frequent changes in government policy and other factors, such as the strong drop in installation costs in recent years, the solar industry has proved resilient and has shown that it can reinvent itself within a changing landscape. The industry is expected to continue to do so in the foreseeable future, even with the uncertainties regarding future government policies.

Mintel’s research shows that the PV market, in terms of installed capacity, is expected to show strong growth in 2015, at more than 30 percent to reach 7.1 GW. This is partly driven by buoyant large-scale ground-mounted PV installations during the first quarter, before policy changes take effect in April. Growth is anticipated to be sustained in the following three years, albeit at slightly more moderate levels. Total installed solar PV capacity is anticipated to reach almost 11 GW in 2018.