Thursday, 06 October 2016
0
Robin Whitlock
Pinarayi Vijayan, the Chief Minister of the south Indian state of Kerala, has announced that the installation capacity of the solar power plant of Cochin International airport will be doubled by February 2017. 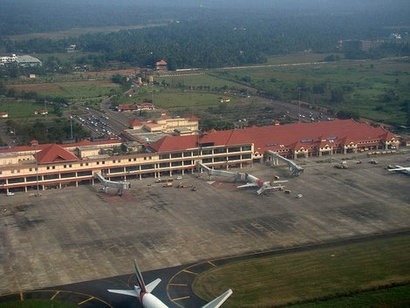 Pinary Vijayan was addressing the shareholders at the 22nd annual general body meeting (AGM) of CIAL, the company which operates the Cochin Airport. The AGM ratified all of the director board’s recommendations including the doubling of the airport’s solar power generation capacity to 1.15 million units of power a day.

With the commissioning of the 12 MWp solar power plant, installed near the airport’s cargo premises, CIAL became the first airport in the world to be fully powered by solar energy. It subsequently increased the power generation to 15.4 MWp by the installation of more photo voltaic panels.

Solar power at the airport, which is the seventh busiest airport in India, is generated by a solar farm consisting of 46,000 solar panels, located near the airport’s International Cargo Terminal, on a green field site. It covers 45 acres and was constructed by Bosch. The airport’s initial foray into solar power in 2013 consisted of a trial project involving just 400 panels installed on a roof. When this pilot project was successful, the airport decided to instigate a much larger project, subsequently becoming the world’s first solar powered airport.

Excess energy generated by the solar farm is exported to India’s national power grid. The facility cost $9.5m (£6.27m) and took around six months to complete. India receives around 300 days of sunshine per year and so is very well placed to take advantage of solar power generation. Prime Minister Narendra Modi wants to increase India’s solar power capacity to 100,000 megawatts by 2022, an ambition which is most likely to succeed by having solar panels installed on every home in India. This in turn would reduce the country’s current, and massive, dependence on fossil fuels.