Monday, 25 May 2015
1
Robin Whitlock
Prices for solar energy in The United Arab Emirates (UAE) have achieved parity with fossil fuels for the first time in the nation’s history according to a new IRENA report. 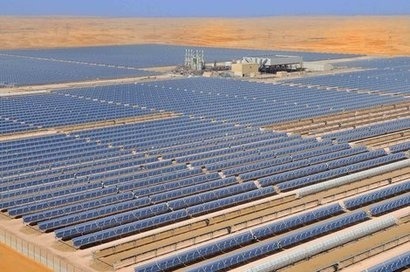 The ‘Remap 2030’ report, published by the International Renewable Energy Agency (IRENA), reveals that solar energy costs in UAE are now economically attractive and commercially viable. The report was published in conjunction with Masdar Institute and the UAE Ministry of Foreign Affairs’ Directorate of Energy and Climate Change.

Renewable power in UAE could save the country billions of dirhams annually as well as introducing numerous health and environmental benefits. Solar PV module prices have fallen by around 75 percent since 2008 and solar power is now considered a critical resource by UAE with various solar power technologies accounting for more than 90 percent of renewable energy in the country. However, the IRENA report also states that the most important enabling factor will be the empowerment of government agencies to take holistic, comparative views of en­ergy costs and act on them.

“We believe that, for the UAE and wider Arabian Gulf, solar power is perhaps the most promising of all renewable energy sources – creating jobs while preserving existing energy reserves – and that is why we have created a dedicated exhibition zone in which this ever-popular renewable energy technology can be showcased” said Naji El Haddad, Group Event Director of the annual World Future Energy Summit hosted by Masdar and part of Abu Dhabi Sustainability Week. “The event has always attracted the world’s biggest names in the solar sector, and, now, we are clustering them together in one area.”

The event has attracted 154 exhibiting companies from the solar sector occupying a gross space of 7200 square meters, with more than 6500 solar industry professionals in attendance, many of them from across the region where the uptake of solar energy is on the rise.  Egypt, as one example, recently announced that the country plans to generate 18,000 MW of solar power over the next five years. In 2016 the Summit will launch ‘WFES Solar Expo’, a dedicated area on the show floor for showcasing solar technology and innovation, and bringing together experts, innovators, suppliers, and buyers.  More than 150 exhibitors have already confirmed their participation, with such global names as First Solar and Hanergy committed to take part in the exhibition and discussion proceedings.

The World Future Energy Summit (WFES) 2016 will take place at the Abu Dhabi National Exhibition Centre 18-21 January 2016, and will form the centerpiece of Abu Dhabi Sustainability Week 2016, with 650 exhibiting companies from more than 40 countries, and more than 32,000 attendees from 170 countries.  In addition to Solar Expo, International Water Summit and EcoWASTE will also be co-located at the WFES event.

Tags: Solar ,IRENA ,Renewable energy ,Fuel ,Parity ,Sustainability ,Climate change ,Jobs ,PV ,Waste
Add a comment
patsy sherry
Well demanding thing in world! But this is great to know about the biggest factor of the country, another words I say that it's a human resource that need to more produce in manual method. http://www.filmstarlook.com/product/dean-winchester-supernatural-distressed-jacket
¡Suscríbete!
pv