Thursday, 28 November 2019
0
Robin Whitlock
The European Patent Office (EPO) has revoked one of SolarEdge’s patents following the finding by Mannheim Regional Court in south western Germany that Huawei did not infringe on SolarEdge's patent for one case brought by SolarEdge, while deferring the hearing for a second case due to insufficient evidence. 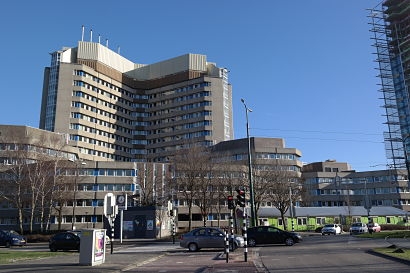 The court heard the two cases on 19th November 2019, in which Israeli provider of power optimisers and solar inverters SolarEdge claimed that Huawei's PV optimisers infringed on its patents. On 21st November 2019, the European Patent Office (EPO) heard a patent opposition case brought by Huawei against SolarEdge. The EPO decided to revoke SolarEdge's patent relating to the inverter multi-level topology.

A Huawei spokesperson welcomed the decision by the court that the company did not infringe on SolarEdge’s patents along with the court's decision to defer the second case on grounds of insufficient evidence.

In June 2018, SolarEdge filed infringement lawsuits against Huawei over three patents relating to its residential solar inverters and optimisers. Huawei responded actively to the proceedings and chose to defend its rights and interests by legal action. The Mannheim Regional Court heard the cases on 19th November 2019. The judge declared that Huawei did not infringe on the patent relating to optimiser and inverter architecture, and dismissed SolarEdge's lawsuit directly. As for the patent relating to optimiser power adjustment, on the basis of the detailed test solution submitted by Huawei, the court held that the evidence provided by SolarEdge was insufficient to prove an infringement at this stage and deferred the hearing. Two days later (on 21st November), the EPO heard the patent opposition case concerning the inverter multi-level topology. The EPO decided that the SolarEdge patent did not involve an inventive step and the grant of the patent is revoked.

According to the Huawei spokesperson, Huawei has always been a strong advocate and beneficiary of intellectual property protection. Huawei maintains that more than three decades of experience has taught the company that only by fully respecting and protecting intellectual property rights, advocating fair competition, and working with its partners on these bases, can it remain innovative and competitive, create greater value for its customers, and ultimately promote technological progress and social development.

Huawei is a global market leader in solar inverters which has achieved a number one ranking in worldwide solar inverter shipments for four consecutive years since 2015, according to IHS Markit. The company insists it has always attached great value to intellectual property rights and their protection in its business operations. Huawei says it will maintain this stance and continue its efforts in building a sound intellectual property rights ecosystem while also, through continuous innovation, providing its customers with industry-leading products to help them achieve business success.

Responding to the court’s decision, Lior Handelsman, SolarEdge’s VP of Marketing and Product Strategy and Founder said that SolarEdge remains confident in its ability to protect its technology innovations and will continue to do so.

“With a patent innovation programme, we have a strong portfolio with more than 300 patents and another 200 in the pipeline, and a team of patent engineers” said Mr Handelsman. “We will continue to defend heavy R&D investment from exploitation of intellectual property and technology. Patent infringement proceedings are a marathon, not a sprint, and almost always go through at least two to three instances in Germany. If the opponent wins, the plaintiff appeals, if the plaintiff wins, the opponent appeals. As we previously announced, we filed three lawsuits for patent infringement against Huawei in Germany and three additional lawsuits in China (filed last month). Last week there were hearings for two of the three German lawsuits in Germany. One of the three complaints was rejected by the first instance court. We do not agree with the court’s conclusions and can appeal this decision to the Appeals Court which gives us the opportunity to get an independent view. We were encouraged by the second hearing in which the first instance court indicated that they will appoint a court expert to analyse Huawei's devices. In parallel, a hearing was held last week on a patent opposed by Huawei at the European Patent Office and that patent was revoked and we intend to appeal that decision”.