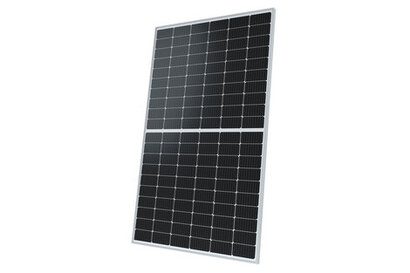 The modules The half-cell range will be the first produced by the new ‘F8’ production line in Dresden.

“As announced last year, we are currently working at full speed to expand our production capacity to provide us with much more leeway, as our existing line is currently working almost to the limit” said Solarwatt CEO Detlef Neuhaus. “With the new F8 we can also deliver further initiatives, such as the first Solarwatt half-cell module.”

Solarwatt CTO Dr Armin Froitzheim added that with the new solar modules, the company is fulfilling customer requirements for higher performance and that, in addition, the modules feature bifacial solar cells and transparent film, expanding the range of possibilities.

This means that customers can mount the modules at an angle on flat roofs, thereby collecting sunlight from the rear of the panels, increasing yields.

The company is also investing over 15 million euros in the expansion of the new F8 production line, now being built alongside the existing production line. It is also planning further initiatives, including of an independent module ‘pilot’ line, construction of which will begin in 2022, further strengthening the company’s research and development.