Monday, 08 October 2018
0
Dan McCue
Spain has decided to scrap the sun tax, a policy enacted in 2013 by the conservative government then in power, which many saw as “anti-renewables.” Energy and Environment Minister Teresa Ribera revealed the decision Friday saying, "I am particularly pleased with this announcement." 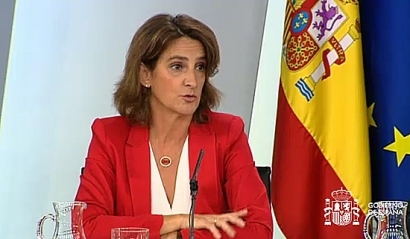 Ribera had been a vocal critic of the anti-renewable policies of the last Popular Party governments, especially the sun tax, "which has been scoffed at by all international organizations," the Minister said Friday.

"We have to put an end to all the bureaucratic obstacles that have impeded the development of self-consumption in our country," insisted Ribera.

Ribera indicated the country has a lot of work ahead in this regard pointing out that while in a country as sunny as Spain "we only have 1,000 (solar) facilities, while others like Germany already have one million."

According to the communiqué released by the government, the derogation of the sun tax addresses "the need to urgently and unavoidably activate the transition towards a clean and accessible energy model for the whole citizenry."

Thus, the new regulation announced Friday by Minister Ribera "eliminates a series of regulatory barriers that, until now, have made it difficult to introduce electric self-consumption in Spain."

The keys to the new regulation are:

• the required bureaucratic and technical procedures are simplified, such as registration in a registry for installations not exceeding 100 kilowatts;

• the right to self-consumption shared by one or several consumers is recognized, which will allow economies of scale to be exploited;

• the right to self-consume electric power without tolls or charges is recognized. The charge imposed on the self-consumer for the energy generated and consumed in its own installation, the so-called "sun tax" is repealed.

Ribera believes that "the development of self-consumption guarantees consumers access to cheaper alternatives that respect the limits of the planet, contributes to reduce the needs of the electricity grid, generates greater energy independence and reduces emissions of greenhouse gases In addition, it is an activity that generates employment linked to the ecological transition, as has already been demonstrated in countries around us."

The government has also approved a series of measures aimed at supporting the European Union’s objective for 2020; that 20 percent of energy consumption comes from renewable sources. In addition, it supports the objectives of the Paris Agreement regarding the 2030 and 2050 horizons.

“Measures will be taken to avoid speculation and ensure the completion of projects with access rights to the network granted, raising the required guarantees and imposing obligations to report the degree of progress of the projects, which will result in lower costs and, ultimately, lower prices for consumers,” the government announced.