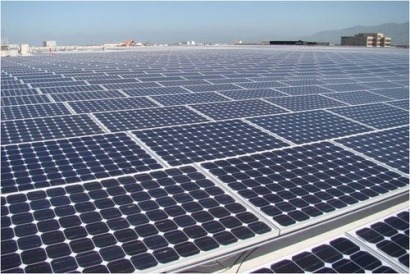 Sunlabob specialises in renewable energy projects and clean water schemes in developing parts of the world. The company has now been awarded the contract to develop solar PV projects in off-grid areas of Kiribati, an island state in the Pacific region. The projects will be funded by the European Development Fund and managed by the Government of the Republic of Kiribati in order to supply renewable electricity to training facilities, schools, community centres, small businesses and homes across the island state which is currently dependent on petroleum imports for its power generation.

“Empowering off-grid areas with renewable energy not only enables dependable and affordable electricity, but also paves a path toward social and economic development for the people of Kiribati,” said Sunlabob’s founder and CEO Andy Schroeter. The company has also recently completed off-grid solar PV projects in the Marshall Islands and Micronesia.

Access to electricity on Kiribati’s outer islands is currently around 30 percent with around 80 percent of current electricity generation being met by imported fossil fuels. For this reason, as well as the country’s vulnerability to climate change, the European Commission dedicated more $36 million to the development of renewable energy resources in the nation to be implemented over the period 2008-2013. In March, Kiribati managed to secure more $530 million in funding for renewable energy from several countries as well as multilateral donor banks.