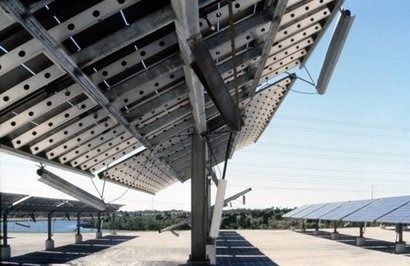 TPREL, a wholly owned subsidiary of The Tata Power Company Ltd, signed the PPA with the Solar Corporation of India (SECI)., India's largest integrated power company. The Commercial Operations Date (COD) of the project as per the PPA is 16th of October 2017.

The project has been secured through bidding in the Open category under the Jawaharlal Nehru National Solar Mission (JNNSM), a major initiative of the Government of India that aims to establish India as a global leader in solar energy. The signing of the PPA has enabled TPREL to further consolidate its position in India.

“We are delighted at this project win as it further fortifies our leadership in renewable energy generation in India” said Mr. Rahul Shah, CEO & Executive Director, Tata Power Renewable Energy Ltd. “The solar project at Anantapuram solar park will add 100 MW of clean energy thereby significantly increasing our green footprint. This move is in line with the Government’s set target of 100 GW from solar energy by 2017. In the next 5 years, the Company plans to significantly add to its solar generation capacity.”

TPREL is Tata Power's primary investment vehicle for clean and renewable energy based power generation capacity. Its present operating capacity is 1,319 MW, comprising 426 MW wind and 893 MW solar, located in the states of Maharashtra, Gujarat, Madhya Pradesh, and Rajasthan. The company is also in the process of implementing nearly 500 MW of renewable power projects at various locations throughout the country.