Total Corporate Funding for Solar Sector Surges to $13.5 Billion in First Half of 2021

Friday, 09 July 2021
0
REM
Mercom Capital Group, a global clean energy communications and consulting firm, released its report on funding and merger and acquisition (M&A) activity for the solar sector in the second quarter (Q2) and the first half (1H) of 2021. 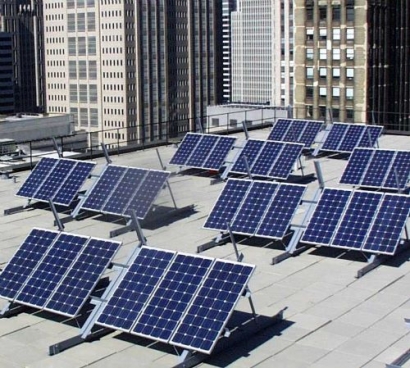 Total corporate funding, including venture capital funding, public market, and debt financing in the first half of 2021 came to $13.5 billion compared to $4.6 billion in the same time period in 2020, a 193% year-over-year (YoY) increase.

"Funding was up across the board in the first half of 2021 compared to last year, which was severely affected by the pandemic. Corporate M&A activity was up significantly with solar developers expanding their pipelines, oil and gas companies diversifying into renewables, and funds buying up renewable assets. Solar project acquisitions reached a record high in Q2," said Raj Prabhu, CEO of Mercom Capital Group. "The transition from fossil fuels to renewables and ESG investing trends made an impact on financing as well as M&A activity."

A total of 85 VC investors participated in solar funding in the first half of 2021.

Announced debt financing activity in the first half of 2021--$8.2 billion in 32 deals--was 125% higher compared to the first half of 2020, when $3.7 billion was raised in 17 deals. Spurred by low interest rates, a record $2 billion was raised through seven securitization deals in 1H 2021. Cumulatively, over $9 billion has been raised through securitization deals since 2013.

Solar project acquisitions in the first half of 2021 reached 39.3 GW compared to 14.7 GW acquired in the same period last year.

There were 376 companies and investors covered in this report. It is 96 pages in length and contains 83 charts, graphs, and tables.

To learn more about the report, visit: http://bit.ly/MercomSolarQ22021