Wednesday, 27 July 2022
0
Robin Whitlock
TotalEnergies and Veolia have signed an agreement to launch the construction of the largest photovoltaic project intended to supply a seawater desalination plant, in the city of Sur, in Oman. 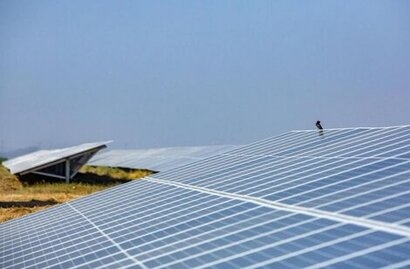 A TotalEnergies solar plant in Qatar.

The plant will be located on the grounds of the Sharqiyah Desalination plant in Oman which supplies drinking water to more than 600,000 inhabitants in the east of the country.

This solar project, with a capacity of 17 megawatt-peak (MWp), will be the first of its kind to see the light of day in the Middle East. It will produce more than 30 gigawatt-hours (GWh) per year of green electricity, more than a third of the daily consumption of the desalination plant, allowing it to avoid nearly 300,000 tonnes of CO2 emissions.

This initiative is part of the sultanate's national energy strategy, which plans to increase the share of renewables to 30 percent of its electricity consumption by 2030. The installation will include more than 32,000 high-efficiency panels and will use an innovative east-west tracking system to optimise energy production. It will cover an area of 130,000 square meters, the equivalent of approximately 18 football pitches.

“At Veolia, we are committed to achieving the green transformation of the water sector for our customers and for our own assets” said Estelle Brachlianoff, Chief Executive Officer of Veolia. “We are pleased to launch the construction of this solar plant on our desalination unit in the city of Sur, in order to be able to supply it with green electricity and significantly reduce its carbon footprint. As one of the main players in the water sector in Oman, Veolia is fully committed to supporting the sustainable development objectives of Vision 2040 for the populations and industries of the Sultanate. Our solar project with TotalEnergies goes in this direction.”

Veolia deploys solutions for the energy optimisation of desalination activity, in particular that of its Sharqiyah Desalination plant. The Group, in partnership with TotalEnergies, has decided to take a further step towards ecological transformation by using renewable energy to power the plant, replacing fossil fuels.

TotalEnergies is aiming to help hydrocarbon-producing countries build a more sustainable future through better use of their natural resources, particularly solar energy, with the direct effect of facilitating access for the population to more electricity that is cleaner, more reliable and more affordable. The company is thus taking advantage of its leading position in this region to develop large-scale solar projects in Qatar, Iraq and Libya.