Wednesday, 30 May 2018
0
Robin Whitlock
Renewable energy developer Voltalia has announced it has signed a power sale contract for a 50 MW solar power plant in Kenya located in the country’s Nandi county, north-west of Nairobi. 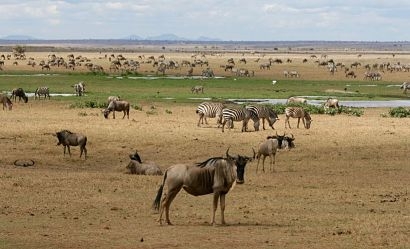 The 50 MW solar plant is located in Kopere, in Nandi county, which is about 300 kilometres north-west of Nairobi. The project was initiated by Martifer Solar and its development has been finalised by joint teams from the two companies. Voltalia will utilise the expertise of its teams based in Portugal for both the construction and operation of the plant.

A 20-year electricity sale contract has been signed with Kenya Power and Lighting Company (KPLC), the Kenyan electric power utility. This will take effect upon the commissioning of the solar power plant.

The solar plant benefits from an optimal solar irradiation level and will contribute positively to the Kenyan government target of achieving universal electricity access by 2020 (currently, as of last year, around 70 percent). It will also positively impact the social and economic environment of Nandi county.

“This new project confirms our ambitions in Africa, a sun rich continent where a significant part of the population still has no or poor access to electricity” said Sébastien Clerc, CEO of Voltalia  “The project also underlines the benefits of Martifer Solar’s acquisition in order to reach our 2020 targets”.