Friday, 08 August 2014
0
Robin Whitlock
Armstrong Asset Management (AAM) has committed $29 million to fund the construction of a pipeline of bilateral solar power projects in the Philippines. 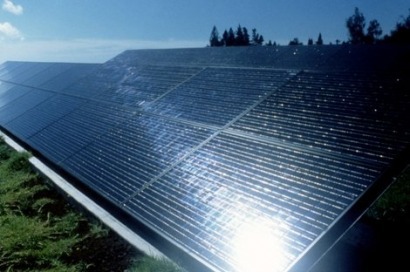 The projects are being developed by the development company, nv vogt Singapore and the first of these will be a 6.25MW ground-mounted and grid-connected solar power plant in South Cotabato in the southern region of Mindanao. This is scheduled to begin construction this month, August 2014, is expected to begin commercial operation by December 2015.

The bilateral Power Purchase Agreement (PPA) was signed with A+ rated cooperative South Cotabato I Electric Cooperative (SOCOTECO I) on 26 June, 2013 and the project will be the world’s largest diesel replacement power plant when it is completed, with 100 percent of its generated power replacing existing diesel-generated peak power.

“With the projected power deficit forecast for 2015 in the Philippines, this project can serve as a benchmark for clean and quick decentralized energy solutions without the need for government subsidies. Armstrong is very proud to be funding this precedent setting project” said Singapore-based Managing Partner of AAM, Andrew Affleck.

Mr Affleck added that the investment, which is the first by the Fund in the Philippines and the first with nv vogt, represents a benchmark for the development of diesel-offset projects globally and one which does not rely on subsidies by way of feed-in-tariffs.

“Our first project in the Philippines is doubly important because it will provide clean and unsubsidized solar photo voltaic (PV) electricity benefitting the wider community and it is one of the largest diesel-offset projects in the world to date, which is an important future market” Mr Milner said.

According to Vivek Chaudhri, President of nv vogt Philippines, the partnership with Armstrong will fund several projects in nv vogt’s Philippines pipeline, allowing the company to focus on the development and realisation of utility scale PV projects.

Armstrong Asset Management is an independent asset manager, based in Singapore. It focusses on the clean energy sector in South East Asia’s emerging markets and invests in small-scale infrastructure projects. It achieved a final close on its debut clean energy fund of $164 million in November 2013, with institutional investors such as IFC, DEG, FMO, Proparco, SIFEM, GEEREF and Unigestion.

nv vogt Singapore Pte Ltd specialises in the development, design, financing, construction and operation of solar power plants in Asia. The primary focus for the company is the energy-intensive industry that is being underserved by the grid and is heavily reliant on diesel power. It invests in its own projects as well as offering a flexible model for coinvestors.