Thursday, 18 August 2011
1
Toby Price
Enel Green Power has been granted final regulatory approval to develop a ground-breaking new renewable energy plant in Nevada (US). The plant will combine solar and geothermal power, making it one of the first hybrid plants of its kind in the world. 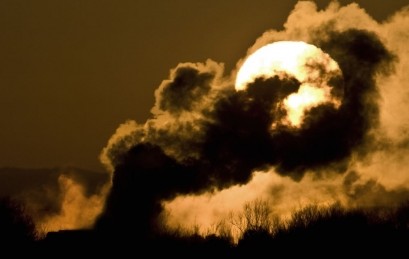 The 47-megawatt (MW) Stillwater geothermal plant commissioned in 2009 in Churchill County, Nevada, will be enhanced through the construction of a 24-MW solar installation, which will boost the geothermal plant’s overall output, helping it to deal with peaks in demand.

The project being developed by Enel Green Power, a subsidiary of the Enel Group -- Italy's largest power company and the second largest utility in Europe – is unique in that it combines two renewable power sources rather than a renewable source – the sun – backed up by a conventional energy source such as coal or natural gas. Last month for example, Iberdrola commissioned the 150-MW Kuraymat Integrated Solar Combined Cycle (ISCC) power plant near Cairo (Egypt), which fuses solar energy with a combined cycle gas plant. The Kuraymat plant follows behind the first ISCC plant in the world, built by Abener in Ain Beni Mathar (Morocco), which began operating at full capacity in December 2010.

Elsewhere, several companies are working to combine biomass and solar energy in hybrid plants. Earlier this year for example, construction started on two solar-biomass hybrid plants being developed by Solarlite and Sialsol and Abantia and Comsa Emte in Spain.

While solar and geothermal energy have been combined in small hybrid residential systems, the Stillwater project is the first of its kind in the US, and will make a significant contribution to achieving Nevada’s goal of generating 20% of its electricity from renewables by 2015. All electricity generated at the Stillwater Hybrid facility will be sold through power purchase agreement with NV Energy. According to the renewable energy news website, BrighterEnergy.org, Francesco Starace, CEO of Enel Green Power, had the following comment to make on the project: Enel Green Power North America is dedicated to developing renewable energy sources through technologically advanced systems that raise the bar in clean energy technology. We believe this combined geo and solar facility will do just that. Even more importantly, it brings additional benefit to the community including tax revenues and jobs for Nevada’s workforce.”

Nevada Senator, Harry Reid, meanwhile said: “I have worked hard on policies and incentives that have helped support this first-of-a-kind hybrid solar and geothermal plant in the United States. Enel Green Power has wisely and successfully married two clean renewable energy resources that Nevada has in vast abundance and provided many economic benefits to Churchill County as well as the entire state. I hope we will see more of these integrated projects.”

In addition to the Stillwater geothermal facility, Enel Green Power operates another geothermal plant in Nevada, Salt Wells, which was also commissioned in 2009.