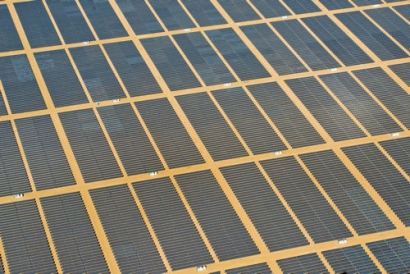 Developed by the U.S. Army Office of Energy Initiatives, Redstone Arsenal's Directorate of Public Works, and the U.S. Army Corps of Engineers Huntsville Center's Energy Division, the project was financed by a power purchase agreement (PPA), allowing the Army to buy 100% of the power generated without having to pay for the construction, maintenance and operation.

"Solar is cost-competitive with traditional energy sources today, and is helping the U.S. military reduce operational costs," said Nam Nguyen, SunPower executive vice president. "We commend Redstone Arsenal for managing its significant energy demand with abundant, renewable solar power. The high performance solar and storage technology we are installing for the agency will substantially increase the value of energy produced by the solar plant over the long term."

SunPower designed and is installing a SunPower® Oasis® Power Plant system at the site, which is a fully-integrated, modular solar power block engineered and built for compatibility with a future micro-grid. SunPower has designed and installed solar power systems at a number of military facilities including more than 28MWs at Nellis Air Force Base in Nevada and 13.78MWs at Naval Air Weapons Station China Lake in California, as well as 28MWs currently under construction at Vandenberg Air Force Base.