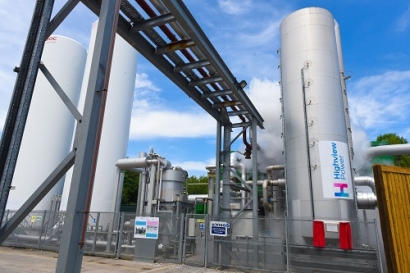 The new joint-venture company, named Highview TSK, will commit to the development of multiple projects in Spain, the Middle East and South Africa. An initial number of projects have been identified for several GWh of clean energy storage to be developed from 2019 through 2022.

Highview’s cryogenic systems are the only long-duration energy storage solutions available today that are locatable and offer multiple gigawatt-hours of storage. Grid operators are turning to long duration energy storage to help improve power generation economics, balance the grid and increase reliability. At giga-scale, energy storage resources paired with renewables are equivalent in performance to – and could replace – thermal and nuclear baseload in addition to supporting the electricity transmission and distribution systems while providing additional security of supply.

The Bury plant shows in real time how cryogenic energy storage provides all possible balancing services, including Short Term Operating Reserve (STOR) and supports the grid during winter peaks. Highview is currently developing several large projects that will be hundreds of MWhs in scale across the United States and Europe.

According to Highview Power, “Cryogenic energy storage plants support and accelerate the energy transition when combined with traditional thermal power plants. The plants can optimize operations utilizing waste heat and cold into their process which enables even more affordable and sustainable power production.”

“The Highview TSK joint venture can deliver the ideal solution for grids of the future around the world, and we can do it now with cryogenic energy storage technology,” concluded Cavada.