Wednesday, 15 June 2022
0
Robin Whitlock
NAWA Technologies (NAWA), a company that specialises in 3D nanotechnology aimed at unleashing fast, sustainable, and efficient energy storage, has been announced as a finalist in this year’s World Materials Forum Scale-Up Challenge, to be held in Nancy, France, from June 16th to 18th. 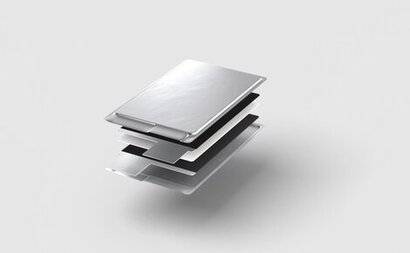 The event recognises companies who having already been nominated at a previous World Materials Forum Start Up Challenge – NAWA was in 2019 – and are now industrialising breakthrough innovations.

NAWA’s products are all based on proprietary technology: Vertically Aligned Carbon Nanotubes (VACNT). This advanced nano-material has the highest electrical conductivity, and features in the company’s next gen ultracapacitor, NAWACap – which charges in seconds and exhibits up to twenty times greater power compared to existing technology – and NAWA’s ultra-fast electrode, which can bring about a step change in the performance of any battery, particularly lithium-ion. VACNT is also used in NAWAStitch, greatly increases the strength of carbon composites.

Following initial production of VACNT beginning at NAWA’s Provence facility in summer 2021, NAWA has since demonstrated further momentum and is set to enable the first NAWACap factory to be built, with manufacture of ultracapacitors expected from 2023 onwards. In June 2022, NAWA also announced it had been able to triple its previous rate of VACNT production, further demonstrating the full scale-ability of VACNT manufacturing.

“NAWA is delighted to be nominated for the World Materials Forum Scale Up Challenge 2022” said Ulrik Grape, CEO NAWA Technologies. “The stellar reputation of the WMF makes this a huge recognition of the uniqueness and potential of NAWA’s Vertically Aligned Carbon NanoTubes (VACNT). Our technology has many uses in energy storage in lithium batteries and next-gen ultracapacitors, and also in structural applications, in the reinforcement of composites. Over the last few years, we have completed several major steps in the industrialization of our proprietary technology, demonstrating that we are on track to begin mass production of VACNT in 2023.”