Monday, 03 May 2021
0
REM
Increasing adoption of solar energy by utilities to replace fossil fuels will considerably increase global solar energy storage market revenues. There has been a growing concern with regards to the rapid environmental changes taking place which have resulted from the use and subsequent depletion of major natural resources that help in power generation. The support from large businesses and government agencies for exploring different power sources and their storage has contributed to the development of novel energy storage systems. 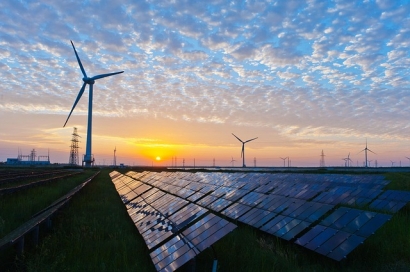 The demand for electric batteries to help reduce transportation costs has been on a rise due to the proliferation of electrical vehicles, which has driven companies to integrate storage units that are performance-oriented. Many companies are focused on solar integrated EV charging stations which will encourage the growth of systems having supporting both stationary and mobile batteries, further pushing solar energy storage industry size over the forecast period.

Small companies would contribute substantially towards the expansion of solar energy sector by having storage solutions attached to commercial and residential solar projects. For instance, SunPower has integrated more than one-third of their commercial solar projects with new energy storage, while residential projects are provided storage solutions by other firms like Sunrun and Vivint Solar as well. Emergence of several players that offer storage products for solar projects will drive solar energy storage market share expansion.

The Los Angeles Department of Power and Water had recently inked an agreement for the largest and cheapest solar and battery storage project in the world, that will not require nuclear or any fossil fuel to generate power. The U.S. will witness a revolutionary move with this development as it will provide the lowest prices for solar-photovoltaic in the country. Each day, the plant will generate more than the transmission capacity available and the extra power will be stored. Similar initiatives in other parts of the nation will in turn influence solar energy storage market trends worldwide.

Owing to favorable initiatives by governments in order to support increasing renewable integration, the solar energy storage market in Asia Pacific has gained steady momentum. The industrial peripheral has been boosted by investment in subsidies, self-consumption schemes, regulatory reforms and several other factors affecting the segment growth. Developing economies are witnessing a steady economic surge and with a rising population, there is a remarkable increase in the demand for electricity, creating favorable prospects for energy storage businesses in the region.

Significant number of investments are being made for enhancing the solar energy generation and storage capacities globally, attracting notable attention from companies and local bodies. Citing an example, a massive investment of $1.1 billion was approved in South Australia this month to build huge new solar voltaic farms that would be linked to a 250MW battery storage system. The region, now an electricity powerhouse, will be able to provide power all across the eastern states, representing a key development within Asia-Pacific solar energy storage industry.

The new Union Budget in India has promoted the manufacturing for Electrical Vehicle, that would eventually boost the vehicle charging infrastructure and solar-plus storage sector. The government has cut the Goods and Services tax to 5% for EV’s while it will also provide income tax deduction on the interest paid on loans taken to buy EVs. The government would also try to expand the roll out of LED lightbulbs with a primary focus of promoting battery chargers and solar stoves in the country. These efforts could lead to an immense demand for batteries in APAC and effectively propel solar energy storage market outlook.

Installation of LI-ion battery storage systems across various application segments is witnessing robust growth. For instance, Toyota will deploy solar rooftop at its facilities in five countries and aims to explore the synergies with lithium-ion storage solutions. Li-ion batteries which are module-based will be deployed as stationary storage option that is cost efficient. The energy storage units will be used to power the electric forklift trucks of the Toyota Material Handling Group. These trucks can be charged with the help of solar energy regardless of the sun shining.

Solar energy is widely being adopted and developed due to alarming climate changes and rapidly depleting natural resources. Several investments from major companies like Samsung, Maxwell Technologies, BMW, BAE and Vionx have catapulted the availability of efficient storage solutions and created lucrative future opportunities in the sector. Reports have estimated that global solar energy storage market will exceed 3 GW of annual installations by 2025.

About the Author: Vinisha Joshi