“Once in a Generation” opportunity could slip away warns RenewableUK

Friday, 14 June 2013
0
Robin Whitlock
A report published by RenewableUK and The Crown Estate has urged the UK to grasp the current opportunity offered by offshore wind to attract major companies into the country 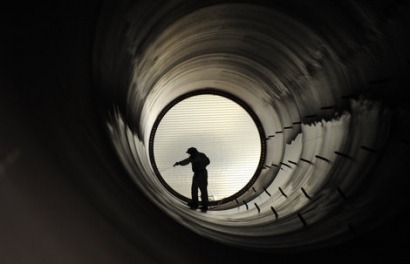 The two organizations describe the manufacturing possibilities offered by the UK’s offshore wind sector as a “Once in a Generation” opportunity to attract major companies into the country. However, their report also warns that if this opportunity isn’t grasped by the government it could slip away to the benefit of the UK’s European competitors.

The Energy Minister, Michael Fallon MP, described offshore wind as “a British success story” saying that the report sets out “the enormous potential of this dynamic industry, which makes a crucial contribution to our clean energy mix.”

The report, entitled “Building an Industry”, confirms how many wind turbine factories and other manufacturing facilities engaged in the production of blades, cables, foundations and other components will be needed to supply the industry catering for the increase in demand within the sector up to 2020, not just from the UK but from mainland Europe as well.

The government’s Renewable Energy Roadmap envisages a potential for 18GW of offshore wind energy installed by 2020, compared to the 3.3GW installed so far. The European continent is also expected to install around 18GW thus reading a total of 36GW throughout Europe by the end of the decade. The report shows that in order to reach this target Europe will need at least 64 major manufacturing plants of which just over a third are already operational with plans for a further third having been announced. However, fewer than a quarter of these plants are located in the UK even though the country is planning to build at least half of Europe’s offshore wind capacity between now and 2020.

“This is a once-in-a-generation opportunity” said RenewableUK’s Chief Executive, Maria McCaffery. “If we don’t seize it, the large scale offshore wind supply chain factories of the future, making the enormous blades, towers and foundations that we’ll need to retain the UK’s global lead in offshore wind, will be sited elsewhere. The potential to create tens of thousands of green-collar manufacturing jobs hangs in the balance. We are determined to work with Government to ensure that the UK capitalises on this chance to build an industry which will be the envy of the rest of the world.”

Energy Minister Michael Fallon MP added that the UK already has more installed offshore wind capacity than anywhere in the world and that this brings enormous economic benefits, supporting thousands of skilled jobs in a dynamic industry that makes a crucial contribution to our clean energy mix.