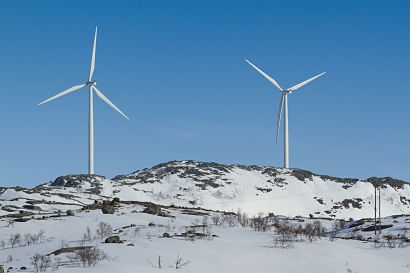 The deals demonstrate an ongoing appetite for international investment in the Nordic wind energy sector, highlighting both the success of the market as a model for post-subsidy development, and the diversity of investors it continues to attract.

“In EWZ, Ardian and TRIG, we have three distinct buyer types showing a strong commitment to Nordic wind energy – namely a Swiss utility, a French private investment house and a large UK-listed renewables portfolio owner” said Justin Fitzhugh, Partner, Augusta & Co. “What these buyers have in common is confidence in the ability of Nordic wind energy assets to deliver long-term, stable returns. Each deal will close with no offtake agreement or financing in place – which is a testament to the strength and opportunities of this PPA-driven merchant market.”

Simon Clement-Davies, Managing Director, Augusta & Co., added that the deal attracted a strong level of international interest and that OX2 was able to frame the parameters of the transaction with Ardian and deliver close in almost record time, testament to the strength of interest in the market, even without reliance on subsidy.

The Måkaknuten deal is Augusta’s third supporting Norsk Vind Energi, following on from the sale of the 294MW Bjerkreim Cluster project to Luxcara, and associated signing of a long-term PPA with corporate offtaker Facebook. It also follows the largest corporate PPA signed with Google in Europe, as part of the 2016 sale of the 160MW Tellenes wind farm in Norway to investor BlackRock.