Friday, 14 June 2019
0
Dan McCue
The US Bureau of Ocean Energy Management recently issued an update on the agency’s offshore wind leasing strategy for the Outer Continental Shelf. While pointing out the OCS “provides a world-class wind resource on both the Atlantic and Pacific coasts” BOEM acknowledges the ocean “is already a very busy place.” 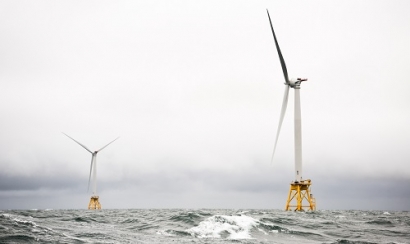 The agency said in planning for future commercial lease sales, other uses in potential sites must be taken into account. These include commercial and recreational fishing, vessel traffic and military mission needs. It goes on to say engaging stakeholders – including federal, state and local agencies, fishing communities, and the public – throughout the processes is essential.

BOEM currently has 15 active commercial leases for offshore wind development that could support more than 21 GW of generating capacity. The first commercial scale offshore wind facility on the OCS could be under construction as early as this year.

The agency, which is part of the U.S. Department of Interior, states it “believes that predictability in its planning and leasing process provides a benefit to the development of the offshore wind energy industry.”

BOEM has identified the following forecast areas and will be moving forward with leasing using a regional approach, processing projects currently in the pipeline, and pursuing leasing activities as follows:

Tim Charters, vice president for government and political affairs at the National Ocean Industries Association, responded to the new strategy, saying “NOIA is encouraged by BOEM’s path forward in both the interest in offshore wind and the geographic diversity of potential projects. However, NOIA hopes that BOEM will further develop this strategy to give industry a clearer idea of when and where to expect lease sales. As an example, one option would be to commit in advance to a multi-sale schedule for the Gulf of Maine and begin the planning process with a potential commitment to three to five sales over the next seven to 10 years, providing states and industry with the federal commitment necessary to continue the robust growth of offshore wind.”

BOEM concluded, “Our continued support of a robust and sustainable offshore wind energy industry in the United States will require a thorough understanding of the drivers that make an area more or less suitable for development. This process must be informed by continued feedback from our stakeholders as well as additional research to understand the potential for environmental and socio-economic impacts.

“We look forward to working with all these groups and others to ensure BOEM has the most recent and best available information to make informed decisions while implementing an all-of-the-above energy strategy.”