Tuesday, 07 June 2011
0
Dan McCue
China has settled a trade dispute with the United States by agreeing to stop subsidizing wind power firms that use domestic parts at the expense of imports, the office of the US Trade Representative (USTR ) announced on Tuesday. 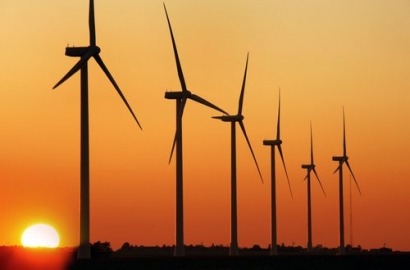 "The United States is pleased that China has shut down this subsidy program,” US Trade Representative Ron Kirk said. “Subsidies requiring the use of local content are particularly harmful and are expressly prohibited under WTO rules.”

China’s decision is viewed as a victory for unionised steelworkers in the US, who had urged President Barack Obama to go toe-to-toe with the Asian powerhouse with a host of regulations related to renewable energy technologies that they said violated World Trade Organization rules.

USTR said the subsidies took the form of grants to Chinese wind turbine makers that agreed to use key parts and components made in China rather than buying imports. Individual grants since 2008 ranged from $6.7 million to $22.5 million, it said.

The agreement comes in the wake of the release of disappointing employment numbers in the US that has stoked concerns the America’s recovery from the 2008 economic crisis has stalled.

The Obama administration has repeatedly pointed to the fostering of the renewable energy sector as a key to the American’s economy’s future.

Kirk echoed those sentiments on Tuesday, saying “We challenged these subsidies so that American manufacturers can produce wind turbine components here in the United States and sell them in China. That supports well-paying jobs here at home".

China's Ministry of Commerce has not issued a statement on the settlement.

The case marked the third successful U.S. challenge against Chinese subsidy programs at the WTO. Each was resolved through consultations rather than a ruling from a WTO dispute settlement panel which could have taken several years to decide the cases.