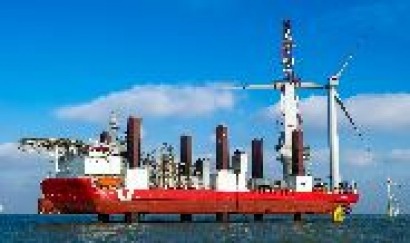 Turbine installation began in January 2012 and has been completed by MPI Discovery, A2SEA’s Sea Worker and Sea Jack.

Now that all the turbines are in place and the majority now connected and supplying power to the national grid, the wind farm is on track to be fully operational in Spring 2013.

DONG Energy, which holds a 50 percent stake in the project, said the wind farm has been generating energy since October 2012 when the first turbine began producing power.

When fully operational, the 630 MW wind farm will be the largest offshore wind farm in the world.

"Having the final turbine installed is another landmark in this flagship project for the UK and for DONG Energy," said Benj Sykes, Country Manager for UK Wind Power.

"The London Array will soon be the largest operational offshore wind farm in the world - building offshore wind farms of this size and larger in the future allows us to harvest the advantages of scale and is an important element of our strategy to drive down the cost of energy," Sykes said.

London Array began construction early in 2011 and despite a few technical setbacks and weather delays, has been completed to the original schedule.

The installation of the last turbine at London Array is the culmination of a huge amount of effort and coordination. This year alone 84 foundations, 175 wind turbines, 178 array cables and three export cables have been installed.

The focus now is on the commissioning and testing of the remaining turbines before the project is handed over to the operations and maintenance team in Spring next year.