Friday, 29 May 2020
0
Robin Whitlock
Neptune Energy and DEME have announced that DEME Offshore is joining the PosHYdon offshore hydrogen pilot as partner. 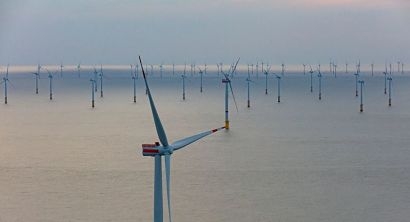 DEME is a world leader in offshore wind energy and recently entered into partnerships through its subsidiary DEME Concessions for green hydrogen production in the ports of Ostend (Belgium) and Duqm (Oman).

PosHYdon integrates three energy systems in the North Sea: offshore wind, offshore gas and offshore hydrogen and takes place on Neptune Energy’s Q13a platform. This production platform is the first fully electrified platform on the Dutch North Sea and is approximately 13 kilometres off the coast of Scheveningen.

“It’s great to see so many leading companies join PosHYdon” said Lex de Groot, Managing Director of Neptune Energy in the Netherlands, welcoming DEME. “Integrating energy systems at sea is a new expertise. DEME's knowledge for connecting wind farms is crucial. Not only for this pilot, but also to gain experience in the follow-up processes after PosHYdon. The expertise DEME has built up worldwide helps us all to scale up from 1 MW to 100 MW or more after this pilot,” he says. “This is a crucial step that paves the way for the further development of offshore wind energy and the conversion to hydrogen in the North Sea. This will be particularly interesting for wind farms far away from the coast that will be built after 2030. Especially now that electricity prices are so low, which can slow down the development of offshore wind farms needed to meet climate targets. In addition, the fluctuations of wind at sea can be mitigated by converting this energy at sea into hydrogen.”

Bart De Poorter, General Manager DEME Offshore, added that DEME has an ongoing focus on new markets and developing opportunities and that together with DEME Concessions, the company considers the system integration, green hydrogen production and electrification of existing platforms at sea a very interesting market.

PosHYdon is a starting point as DEME is involved in the conceptual design of a 100 MW offshore hydrogen gas production plant. The company is also the Task Leader when evaluating the business case in line with this 100 MW concept and will also be involved in the transport to and installation of the onshore H2- unit on the Q13a platform.

The pilot is an initiative of Nexstep, a national platform for reuse and decommissioning, and knowledge institute TNO in close cooperation with the industry. Previously, Gasunie, Noordgastransport BV, NOGAT BV and Eneco joined the PosHYdon consortium.