Friday, 29 June 2012
0
REM
The European Investment Bank has agreed to provide €333 million ($421.7 million) to finance the Northwind offshore wind power project off the coast of Zeebrugge in Belgium. 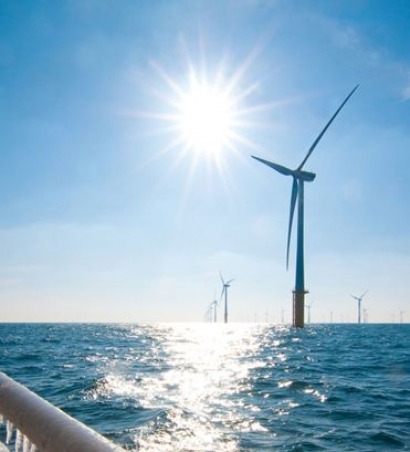 The financial close, which was announced on Friday, will cover the construction and operation of the 216 MW offshore wind farm, which is expected to generate the equivalent of the energy consumption of 230 000 households. The project is expected to be completed in mid-2014.

The Northwind (formerly Eldepasco) project is a large-scale renewable energy project that has high priority and will have a significant impact in terms of the EU's and the EIB's Climate Action agenda.

It will help Belgium to meet its national and EU targets for renewable energy generation and will also contribute to environmental and security of energy supply objectives. These are all priority objectives for the EIB.

In announcing the support, Pim Van Ballekom, the European Investment Bank Vice-President with responsibility for financing operations in Belgium, said: “The EIB is pleased to play a part in these challenging projects contributing to climate action and to economic growth. By financing the Northwind project, the EIB is again demonstrating its capacity and support to mature offshore wind projects that are ready for immediate implementation.”

Northwind NV, owned by the Colruyt Group and Aspiravi Offshore, is headed by Frank Coenen, CEO, who was also involved in the very successful construction of the Belwind Bligh Bank 1 Offshore Wind Farm.

Northwind is the third (after Belwind and C-Power) non-recourse EIB loan in the Belgian offshore wind sector. Together this amounts to more than EUR 1 billion in support of Belgium’s drive for self-sufficiency in green energy within the framework of EU policy.