Engie, EDPR, Sumitomo Corporation and the Bank of the Territories receive green light for wind turbines at Dieppe

Wednesday, 27 February 2019
0
Robin Whitlock
A project awarded in June 2014 for the construction of two offshore wind farms off the coast of Dieppe – Le Treport is now taking shape with receipt of the necessary prefectoral authorisations today (26th February). 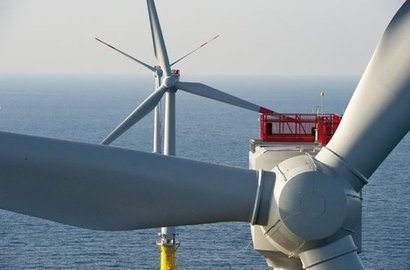 The commissioning of the two wind farms will contribute to the achievement of French renewable energy development objectives for more sustainable and attractive territories.

Having received the prefectoral authorisations, EMDT, supported by Engie, EDPR, Sumitomo Corporation and the Bank of the Territories, will now be able to prepare for the construction of the wind farm by installing the foundations, substation and inter-wind cables or completing the outsourcing tenders for the manufacture and installation of these components.

The Dieppe-Le Tréport offshore wind project and the Yeu and Noirmoutier islands, also developed by Engie, EDPR, Sumitomo Corporation and the Bank of the Territories, will create nearly 3,000 direct and indirect jobs, which will commence during the construction and operation phases of the parks, notably through the two Siemens Gamesa blade and nacelle production units planned in Le Havre and operational in 2021.

Thanks to the development of these two wind farms (which will generate 1 GW of cumulative power), the Engie - EDPR group - Sumitomo Corporation - Banque des Territoires confirms its ambitions within the offshore wind market and its active participation in the consolidation of a French wind industry.

Bank of the Territories