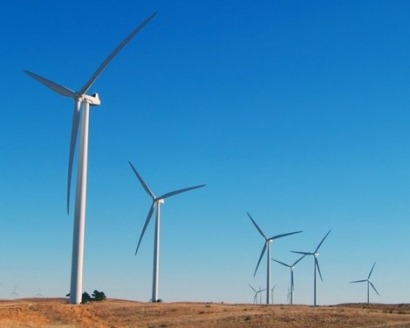 The project is the largest single wind power to be constructed in Africa and also the largest private investment in Kenya’s history. The wind farm site covers 40,000 acres (162km2) of land located in Loyangalani District, Marsabit West County, in north-eastern Kenya, approximately 50km north of South Horr Township. It will consist of 365 wind turbines (each with a capacity of 850 kW), the associated overhead electric grid collection system and a high voltage substation.

The Project also includes upgrading of the existing road from Laisamis to the wind farm site, a distance of approximately 204km, as well as an access road network in and around the site for construction, operations and maintenance.  The Kenya Electricity Transmission Company Ltd (Ketraco), with concessional funding from the Spanish Government, is constructing a double circuit 400kv, 428km transmission line to deliver the LTWP electricity along with power from other future plants to the national grid.

Aldwych, a power company focused on Africa, will oversee the construction and operations of the power plant on behalf of LTWP.  Vestas will provide the maintenance of the plant in contract with LTWP.   The power produced will be bought at a fixed price by Kenya Power (KPLC) over a 20-year period in accordance with a Power Purchase Agreement (PPA).

The plans for the wind farm have been developed over an eight year period with the full support of the Government of Kenya, Kenya Power, ERC and KETRACO. The signing of the finance agreements completes the financing subject to remaining conditions precedent after which construction will commence with a view to generating power in early 2016.

The Government of Kenya has a commitment to scaling up electricity generation in the country to 5,000MW and to provide cost effective renewable power to Kenyan consumers. The Lake Turkana project will deliver approximately 20 percent of the country’s currently installed capacity. It is also a Vision 2030 flagship project and will have a positive development impact on the northern arid areas of Kenya and to the country as a whole. It should also generate up to US$150 million per year in foreign currency savings to Kenya through fuel displacement costs.

The project’s debt raising is led by AfDB as mandated lead arranger with Standard Bank of South Africa and Nedbank Limited as co-arrangers EIB, FMO, Proparco, East African Development Bank, PTA Bank, EKF, Triodos, DEG, and OPIC (subject to receiving the final approval). The Government of the Netherlands is also supporting the project with a grant of 10 million euros and the European Union is providing a subsidized facility of 25 million euros through the EU Africa Infrastructure Trust Fund.

“The LTWP project has been under private development since 2005 and that is in itself a remarkable testimony to the stability and soundness of the Kenyan electricity sector as well as the environment for Independent Power Producers” said Carlo Van Wageningen, Chairman of LTWP.  “We are delighted that this project will move forward with the continued support of the Government of Kenya, Kenya Power, KETRACO the African Development Bank, and the numerous other partners.”

The LTWP consortium consists of KP&P Africa B.V. and Aldwych International as co-developers and investors, and Finnish Fund for Industrial Cooperation Ltd (Finnfund), Industrial Fund for Developing Countries (IFU), Norwegian Investment Fund for Developing Countries (Norfund), and Sandpiper as investors.  Aldwych will also oversee construction and operations of the project on behalf of LTWP.