Thursday, 25 February 2021
0
REM
The proposed new Freeport East, centered on the ports of Felixstowe and Harwich, will turbo-charge the development of an offshore wind hub according to the partnership of businesses and public authorities backing the bid. 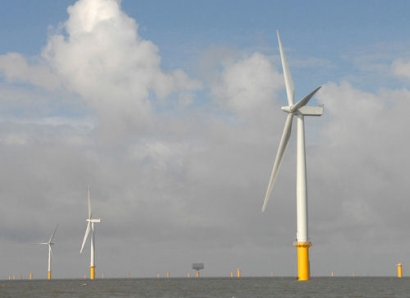 George Kieffer, Chairman of the Freeport East Project Board, said, “The UK is the world’s largest market for the development and deployment of offshore wind and Freeport East sits right at its heart. The southern North Sea is the most densely populated area for offshore wind projects, home to 52% of the UK’s entire operational fleet with more developments planned.

“Securing Freeport status will help attract additional investment in this vital sector, helping to regenerate an area in need of levelling-up and delivering on government’s targets for net-zero emissions.”

Harwich International Port has already been involved in a number of offshore wind projects as Clemence Cheng, Executive Director of the port’s owners, Hutchison Ports, explained, “Harwich International has already supported the construction of Greater Gabbard, Galloper, London Array, Gunfleet Sands, and Thanet offshore wind farms and proximity to the physical market is a key consideration of any wind farm developer. Future development could deliver sheltered deep water with up to 1.4 km of new quays for heavy lift installation vessels, barges and crew transfer vessels, amongt others.

“A new offshore wind hub at Harwich, built on over 270 acres (110 hectares) of land adjacent to Harwich International Port, could provide dedicated installation, engineering and manufacturing facilities, as well as supporting office space and ancillary functions.”

The potential of offshore wind as part of Freeport East is not only recognized by those involved in the bid itself – but also by leading businessesin the sector.

Guy Middleton, General Manager at Galloper Wind Farm, added, “The East coast of England is important to our business and currently Harwich offers the only renewables facilities in the North Essex area. We have a number of renewables interests along the southern east coast, including the operational Galloper offshore wind farm and Greater Gabbard offshore wind farm (operated by our partner SSE), and two offshore extension projects in development, Five Estuaries and North Falls.

“The Freeport East initiative, with the appropriate environmental mitigation plan, can bolster trade and encourage innovation, whilst delivering urgently needed regeneration and job creation not just locally in the Essex area but also nationally.”

German company RWE, a major generator of sustainable energy, already has an O&M base at Harwich. Director of Offshore Development Europe, Richard Sandford, said, “RWE continues to invest heavily in wind power and other emerging technologies with net investments of €5 billion by 2022 planned globally – with the UK a key part of our plans. We strongly believe Freeport East offers an exciting and compelling opportunity from which to increase the reach of Britain’s manufacturers and traders, benefiting from the excellent worldwide connectivity from Felixstowe and Harwich.”

The offshore wind hub will include a high-spec innovation and technology centre to attract innovative businesses, supporting cutting-edge manufacturing and engineering solutions for offshore wind.

The Energy Skills Centre at Harwich, operated by Colchester Institute, already offers workshop and classroom facilities to support engineering-based education and training in the local area. The development of an Offshore Wind Hub at Freeport East will increase skills and training provision bringing high-value jobs to an area which has some of the highest areas of deprivation in the country.

Simon Gray, CEO, East of England Energy Group (EEEGR) added, “The East of England is vital for the nation’s prosperity through its role in energy generation and distribution. The potential that a Freeport facility could add to this mix in the East of England is palpable with opportunities to develop new and innovative energy hubs, promote trade and inward investment and create jobs in an area of considerable economic deprivation.”