Thursday, 21 April 2011
0
GE has announced it will supply its 2.5-megawatt (MW) wind turbine technology to power the Zensko wind farm, a new facility being developed in north-western Poland, as the country expands the production of renewable energy to reduce its dependence on coal-generated electricity. The project is located in the city of Krzecin in Choszczno County, West-Pomerania Province. 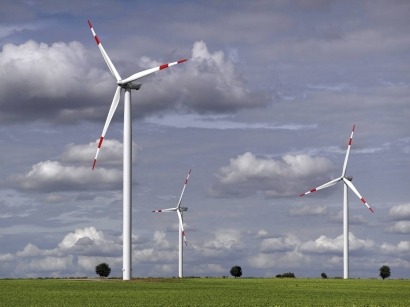 Poland has begun to embrace the potential economic and environmental benefits of its own wind energy resources. According to the Poland Wind Energy Association, the country has a total installed wind capacity of more than 1,100 MW. The Zensko project will be the second in Poland to feature GE’s multi-megawatt technology. In 2010, the 21-unit Nekla windpark entered commercial service in the Wielkopolska Region.

“The profitability and success of the Zensko wind energy project depends on the long-term reliability and availability of our generating equipment. We chose GE based on the company’s technical expertise and experience with other wind projects in Poland and throughout Europe,” said KSM Energia Chairman Grzegorz Malaszuk. “The renewables sector in Poland has a significant potential for development. We found GE’s 2.5-100 wind turbine system to be a great match for Western Poland’s wind resources as well as our business requirements.”

GE also has signed a 10-year, full service agreement with KSM Energia Sp. z o. o. to help ensure the Zensko site’s wind turbines continue to operate at optimal levels of availability and efficiency. The facility is expected to enter commercial service in the fourth quarter of 2011.

“With Poland’s high wind energy potential and vast agricultural areas, wind energy is expected to play an increasingly important role in the country’s efforts to meet its goal of having 15 percent of its total energy supplied by renewable resources by 2020,” said Ricardo Cordoba, President of GE Energy for Western Europe and North Africa. “Our 2.5-100 wind turbine technology is perfectly suited for the country’s rapid development of cleaner energy supplies.”

Today, about 94 percent of Poland’s electricity comes from domestic coal-fired power plants. The country is expanding its renewable and alternative energy production including wind power to help reduce its dependence on coal as Poland and other European Union members seek to reduce their emissions by at least 20 percent below 1990 levels by 2020.

More than 400 of GE’s 2.5 series onshore wind turbines have been installed, primarily at projects in European countries including Romania, France, Holland, Turkey, Germany, Belgium, Spain, Italy and Poland. This machine is designed as an evolutionary product and built upon the success of GE’s 1.5-megawatt wind turbine, the world’s most widely deployed megawatt-class wind turbine with nearly 16,000 units installed.

GE’s 2.5 series onshore wind turbine is being used at the world’s largest projects: CEZ Romania’s Fantanele, which together with Cogealac wind farm will make up one of Europe’s largest onshore projects; and Caithness Energy’s Shepherds Flats wind project, which is under construction in Oregon in the United States.