Tuesday, 05 April 2022
0
Robin Whitlock
GE Renewable Energy has announced an agreement with Saudi Arabian company Alfanar to supply and install 15 wind turbines at a cluster of wind farms located near Miranda de Arga and Berbinzana municipalities in the Navarre region of Spain. 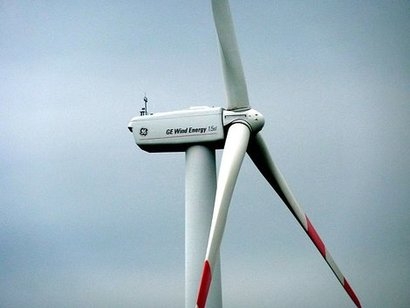 Upon completion in 2023, the GE 3.X-4.0 MW turbines with 137 metre rotors will provide 53 MW of clean and affordable energy to the region. The deal also includes a 15-year full-service contract.

This is GE Renewable Energy’s second project with Alfanar in Spain, a country that ranks fifth in terms of installed wind capacity globally. Previously, GE Renewable Energy supplied and installed 6 turbines for Alfanar’s Soliedra wind farm in the Castile and León region of Spain. Over the past two years, GE has installed 1.1 GW of wind power in Spain and has a total installed base of nearly 5 GW across the country.

“Spain continues to play a critical role in the renewable energy sector and, particularly, in onshore wind with the fifth largest installed base of wind capacity in the world” said Gilan Sabatier, GE’s Chief Commercial Officer of Onshore Wind International. “We are very pleased to strengthen our partnership with Alfanar and proud to contribute to Spain’s ambitious plan to transition to clean energy.”

Jamal Wadi, Managing Director of Alfanar Global Development, added that Alfanar has a clear vision for covering the renewable energy value chain and growing its global portfolio to 5 GW by 2025.

Spain has set an objective in its National Energy and Climate Plan to reach 50 GW of installed wind power by 2030, resulting in the installation of 2,300 MW annually during the decade. According to the Spanish wind power association, Asociación Empresarial Eólica (AEE), wind power could meet 34 percent of the national electricity supply by 2030, up from just under 21 percent in 2019.