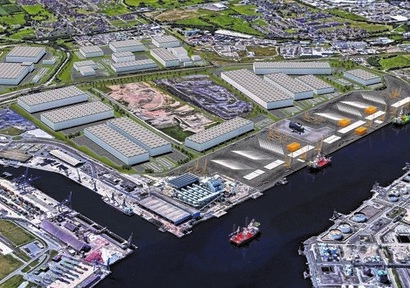 The plant construction should begin later in 2021 upon the finalisation of all contractual documents. LM Wind Power will operate the facility which will be dedicated to the production of its 107-metre- long offshore wind turbine blades, a key component of GE’s Haliade-X, the most powerful offshore wind turbine built today.

“We are delighted to have received this important approval from the Local Planning Authorities and are thankful for the collaboration between all parties involved, including Teesworks and the South Tees Development Corporation” said Olivier Fontan, President & CEO of LM Wind Power. “There is still a lot of work in front of us but this an important milestone for the construction and future opening of the facility. We are proud of the contribution we will be making in rejuvenating this industrial cluster and helping it play a key role in future of renewable energy.”

Recruitment for the plant is scheduled to begin in mid-2022, with an estimated 750 direct positions to be filled. An additional 1,500 indirect jobs would be created to support the entire supply chain around the factory.